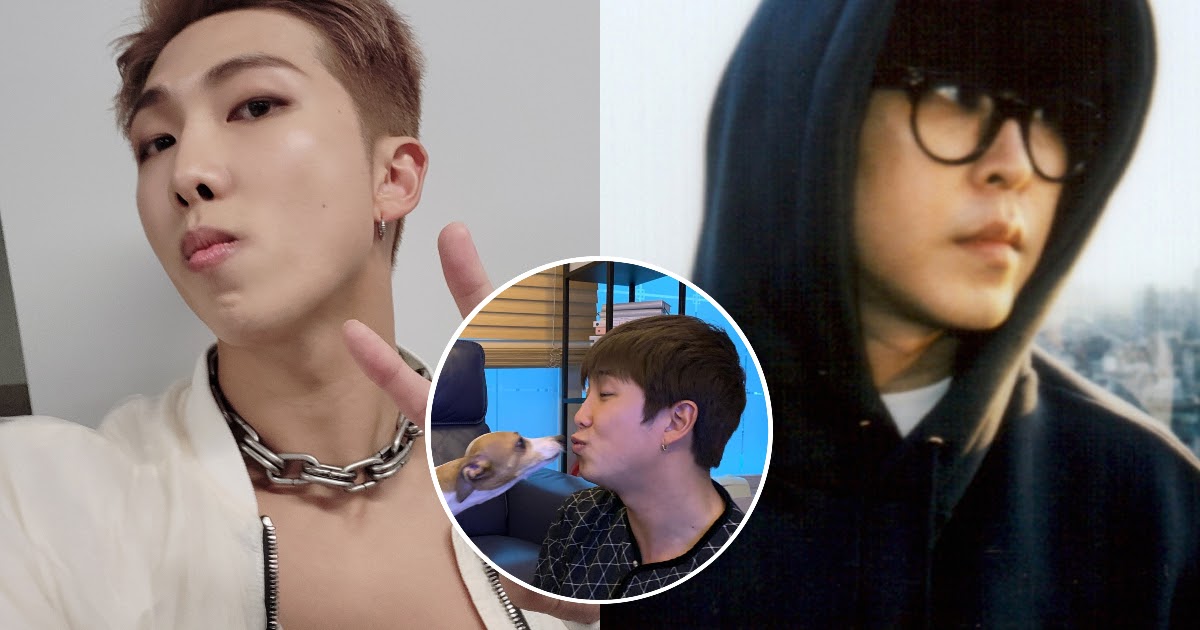 RM has been a long-time fan of eAeon and his work, having started their friendship by messaging the artist on Twitter many years ago.
Recently, RM even featured in one of eAeon’s tracks, “Don’t,” on April 30th, 2021. The song was a masterful collaboration with RM proving his lyrical genius through the intense, vivid metaphors he used.
But in a more adorable interaction, the two friends recently hung out, and RM got to play with eAeon’s adorable dogs.
eAeon (left) and RM (right) | @hohorde/Instagram
RM | @hohorde/Instagram
eAeon notably captured the photo “with Uncle Namjoon.”

Which of course started the trending hashtag, since ARMY found the term precious.
RM also uploaded photos of the two hanging out together on his own Instagram account. Showing that it was a meaningful time spent with his friend.
| @rkive/Instagram
And this isn’t the first time that RM has had cute photos taken with the dogs. In 2016, eAeon uploaded photographs of one of his dogs, making the idol laugh by licking him.
RM in 2016 | @hohorde/Instagram
| @hohorde/Instagram
And fans find the idea that RM is trusted to be the uncle of the singer’s dogs to be absolutely adorable. And a smart choice given how dependable, reliable, and kind RM is. And especially given how long these two artists have been friends.