BTS’s V Shows Off His Support For Choi Woo Shik And Fans Can’t Believe They Missed It : Entertainment Daily 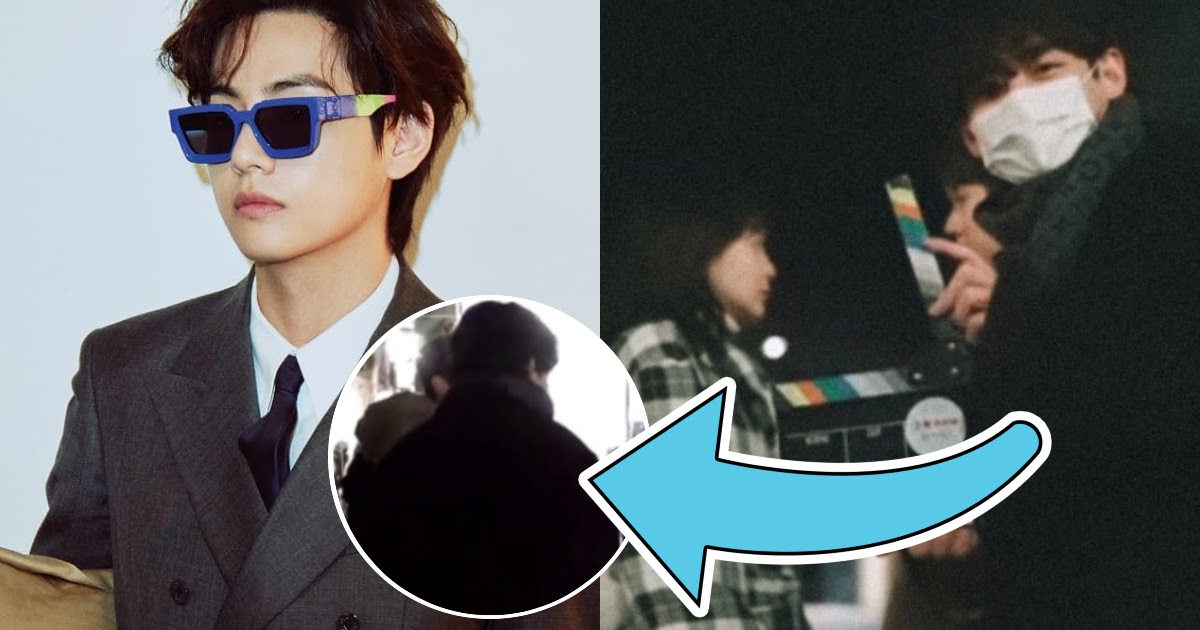 One of the most iconic friendship groups in K-Pop is, of course, the Wooga Squad. The Wooga Squad includes BTS‘s V and actors Park Hyung Sik, Park Seo Joon, Choi Woo Shik, and singer Peakboy.
(left to right) Wooga Squad’s Park Seo Joon, BTS’s V, Choi Woo Sik, Peakboy, and Park Hyung Sik (photoshopped in) | @BTS_twt/Twitter
The group is incredibly close and always cheering each other on and spending time together.
BTS’s V taking a selfie of (left to right) Park Seo Joon, Choi Woo Shik, and Peakboy | @realpeakboy/ Instagram
But recently, fans have been especially entertained by the bond between two of the squad members, V and Choi Woo Shik.
When V got out of quarantine, he celebrated by hanging out with Choi Woo Shik. The two went to an art museum together, and V shared a bunch of pictures of their hangout on his Instagram.
BTS’s V and Choi Woo Shik | @thv/ Instagram
The two even playfully flirted on a post Choi Woo Shik shared to Instagram.
V hyped his friend up by commenting, “(Your) facial expression kekeke…wow.”
To which Choi Woo Shik teasingly replied by warning the idol, responding, “Don’t like me too much.”

And perhaps most notably, V recently recorded an OST “Christmas Tree” for Choi Woo Shik’s latest drama, Our Beloved Summer.
The song was incredibly soothing and beautiful, breaking numerous records as soon as it was released. And it suited the romantic comedy-drama perfectly.

Choi Woo Shik later even commented on the OST, saying that he thought it was “meaningful that [he] was able to do this with [his] friend on a project that [he] will remember forever.”
V’s “Christmas Tree” | Spotfiy
And in turn, V teased his friend. Showing himself watching the drama on his Instagram, but in a way that jokingly clowned one of Choi Woo Shik’s scenes.
BTS V’s Instagram Stories update of Choi Woo Shik in Our Beloved Summer. | @thv/Instagram
But with V’s latest Instagram update, fans are realizing that the idol did more than simply record the OST for his friend’s drama. In fact, he actually showed up in person to cheer him on.
In an uploaded vlog showing the behind the scenes of filming Our Beloved Summer, fans hadn’t paid any particular attention to someone standing, his back facing the camera, in a small handful of moments.

So we are clueless, that’s taehyung being captured on behind-the-scene of Our Beloved Summer 😭🖤 pic.twitter.com/2ki7xo62xD
— Elysha 🎄 CHRISTMAS TREE BY V (@myonlyTAEger) January 29, 2022

Once you know it is V, it is easy to see the resemblance, but it is easy to simply overlook him as a staff member until you are aware.
And almost as if to tease fans for not having realized it was him, V took to his Instagram story to upload a short video of him clapping a slate on set while “Christmas Tree” plays in the background.

Of course, fans love this latest addition to the Wooga Squad interactions.
Most are equating it to how V also supported Park Seo Joon on the set of Itaewon Class.

As not only did he visit both sets, but he also recorded OSTs for both dramas.

thinking about taetae sing both ost and visited set of itaewon class and our beloved summer to support his friends park seo joon and choi wooshik plus both leading lady is kim dami pic.twitter.com/0NVSr4mR0T
— MAYCEE ⁷ 🐟🏔️🍓 (@seokjinmylabsss) January 29, 2022

And some are commenting on how supportive the group is as a whole. From the entire Wooga Squad hyping up BTS’s album, MAP OF THE SOUL : PERSONA, to sending each other food trucks and showing up to support at shoots, screenings, and even fan meets.

look how taehyung so supportive to his wooga squad member 🥺 from visiting set of itaewon class and our beloved summer to attending movie premiere to being a cameo on MV to sending foodtrucks, he also posted watching their dramas and listening to their songs 🤧 pic.twitter.com/ZWvgzEQShm
— Elysha 🎄 CHRISTMAS TREE BY V (@myonlyTAEger) January 29, 2022

Some fans even pointed out how V’s support goes beyond simply his besties, as he gave a signed copy of BTS’s album to the writer of Our Beloved Summer with a personalized note complimenting her work.

First,taehyung gave two signed butter albums for actress ko soyoung’s kids and now, he gave a signed album with cheering message to the our beloved summer’s writer, lee naeun.He wrote that the writer write it so well and doing a great job😭 taetae is so kind and sweetest. pic.twitter.com/hza918zoTc
— ᵀᵉᵗᵉTaehyung’s squad ¹¹⁸ (@Taehyungimpact) January 29, 2022

With all their support and encouragement of one another, the Wooga Squad is undoubtedly the kind of friend group everyone wants to be a part of.

Taehyung is included in Behind-the-scenes of Our Beloved Summer but only his back was seen 😆pic.twitter.com/8KP8TlYNfv
— ◡̈ (@taebokkiii) January 29, 2022

Previous Post
Cha Hak Yeon Talks About VIXX And Help He Got From Hyuk, His Agency CEO So Ji Sub, And “Bad And Crazy” : Entertainment Daily
Next Post
Watch: Uee And Son Naeun From “Ghost Doctor” Get Ahead Of Themselves Out Of Passion In “Amazing Saturday” Preview : Entertainment Daily