ATEEZ Burn Their Pirate Ship In Trailer For “Don’t Stop” And Here’s What Fans Think It Might Mean : Entertainment Daily 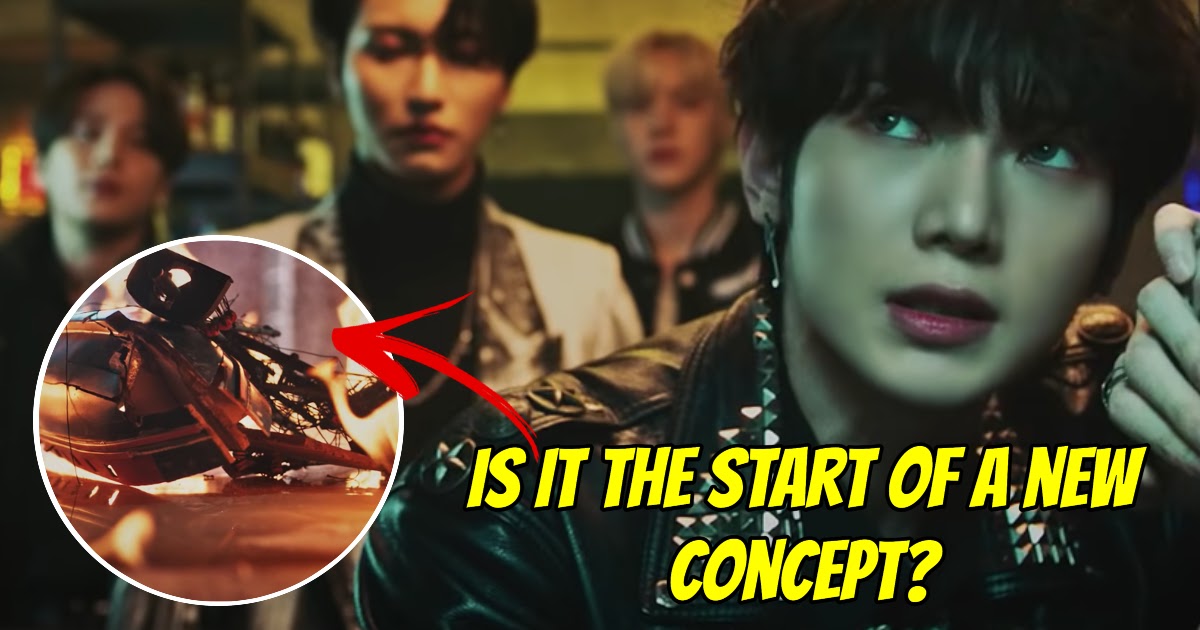 ATEEZ is releasing a new single, “Don’t Stop,” through the platform Universe on January 31st, 2022.
The Universe app is a way that fans get bonus content about some of their favorite K-Pop groups. There are texting features along with a few series, some radio shows, and even the occasional song.
And fans are looking forward to ATEEZ’s first collaboration with Universe in “Don’t Stop.”
The teaser that the Universe Official YouTube channel dropped is especially compelling. Although there is only a minimal hint to what the song will actually sound like, with an ominous melody and the lyrics “don’t stop” at the very end of the trailer, Atiny are putting together clues.

Even though the trailer is less than thirty seconds, including the Universe intro, ATEEZ’s fans are already making predictions about how this latest addition to the ATEEZ universe will affect the story.
There are already 20 music videos that fans believe contribute to ATEEZ’s cinematic storyline.

One of the first small details that fans noticed is that a small figure that appears for a second in the trailer has a passing resemblance towards the Greek Goddess Nike.
In Greek mythology, Nike was the goddess of victory. This could indicate that ATEEZ will achieve some sort of great victory in their new music video or at least strive for it.

Another fan noticed that Mingi‘s short scene in the trailer looks very similar to ATEEZ’s music video for their song “Fireworks.”
There is undoubtedly something ominous about Mingi sitting alone in a place where his members danced together. And it establishes a foreboding tone for the music video.

Fans do have hope that Mingi will end up reunited with his other members though. Since it appears he is holding a compass, which might lead him back to his crewmates.

captain’s compass that mingi finds after the fire, which yunho uses to find something or someone #DontStop #ATEEZ_DontStop #ATEEZ #에이티즈 pic.twitter.com/qUg2zCQ4y7
— Astin (@tiny_matz) January 29, 2022

But fans were most drawn to two specific moments in the short trailer.
Firstly, at the very end of the trailer, Hongjoong stands opposite the rest of the members. The members are sitting on the car, looking at him as he approaches them. But the exact same car, which they’re also seen driving around in, seems to possibly explode at the end of the trailer.
There aren’t more indications of what might cause this confrontational-like meeting, but it certainly ties into the ominous vibes mentioned earlier.

And it also makes sense that of all the ATEEZ members, Hongjoong would be the one separated. Since while he is the leader of the K-Pop group, he is also the captain of their music video storyline. So this could even be a mutiny from his crew.

The fans also noticed that in the scene, Hongjoong is wearing an eyepatch, so they wonder if that means he has been preparing to fight in the dark, which would certainly explain all the fire in their music videos. A means of keeping away complete darkness.

“an eye patch was more likely to be used to condition the eye so the pirate could fight in the dark”
hongjoong has been preparing his one eye to fight in the dark and now ateez is finally gathering for the battle pic.twitter.com/s8iBAWMXBW
— elif ia (@hjhopeworld) January 29, 2022

And as far as ATEEZ’s pirate concept goes, fans are the most intrigued by the short clip in the music video where a pirate ship is set aflame.

Some speculate that this means that ATEEZ is no longer embracing their role as pirates. It is a concept that has so defined them that fans even arranged for them to go on a real ship.

It’s, of course, possible that the destruction of the pirate ship means the welcoming of a new concept.

THEY DID BURN THE PIRATE SHIP BECAUSE WE ARE HEADING INTO A NEW ERA OK < A SYMBOL >#UNIVERSE #ATEEZ #DontStop#유니버스 #에이티즈 #ATEEZ_DontStop#UNIVERSE_MUSIC@ATEEZofficial
— ✰ (@park_seong_hwa) January 29, 2022

But of course, it could also simply represent a lack of desire to continue exploring. Maybe they’ve found a location to make a home or, more negatively, perhaps they have a conflict that ends their journey.
And of course, there is the most likely theory about the trailer, that the car exploded because ATEEZ is on fire.

Whatever story “Don’t Stop” tells, fans can certainly get excited about an inevitably great song and cinematic music video.

You can watch the trailer here and come up with your own theories.