Stray Kid’s Lee Know Followed Through On A Months Old Promise to Felix And It Was A Great Success : Entertainment Daily 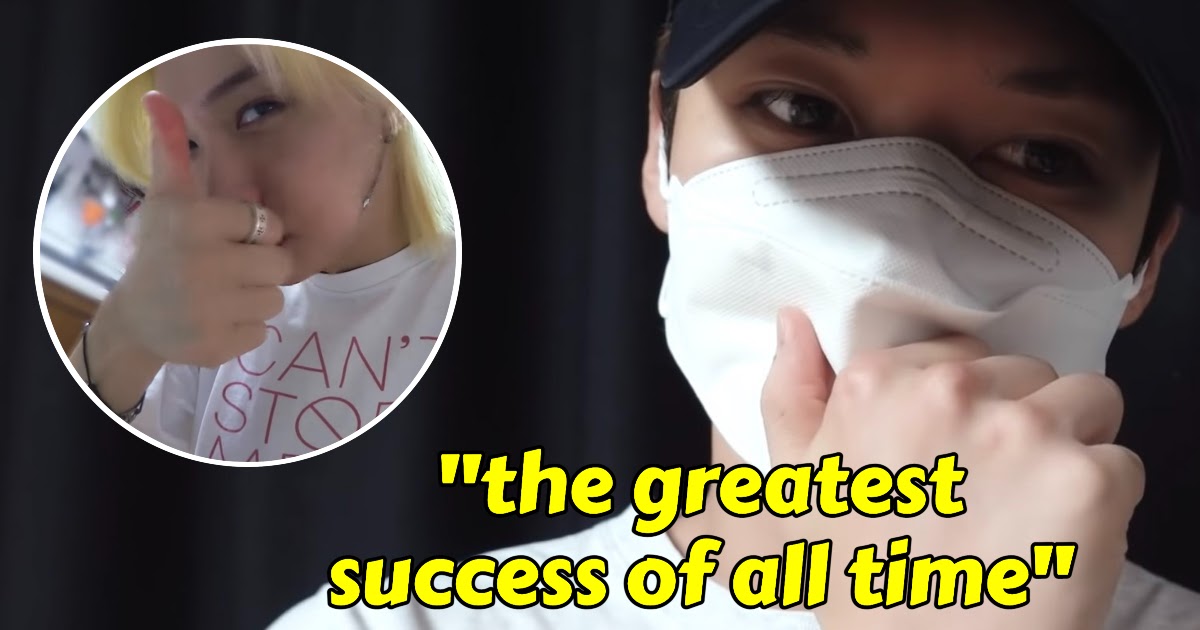 Stray Kids‘ Lee Know is known for being quite a talented chef. Throughout many vlogs and updates on Bubble (a social messaging app where idols can text their fans), his fans have been able to see some of his incredible creations.
One Twitter user even made a thread of some of his creations.

The thread shows off Lee Know’s range in cooking. From seafood pasta.

Steak, which he seems to favor.

And even some beautiful-looking desserts.

Lee Know has even attended a cooking show with his member Hyunjin. The two appeared and stunned the judges on MBC‘s Crazy Recipe Adventure.
Stray Kids’ Lee Know (left) and Hyunjin (right) | MBC’s Crazy Recipe Adventure
He also was the “head chef” in a short series Stray Kids uploaded to their YouTube channel, “Mysterious KITCHEN.” Each Stray Kids member wrote down their desired meal, and chefs Lee Know, Han, and I.N would replicate the meal.
The series truly showed off Lee Know’s expertise as he guided his two younger members through everything from properly washing octopus.
Your browser does not support video.Stray Kids’ Han and Lee Know | Stray Kids/YouTube
To using knives correctly.
Your browser does not support video.Stray Kids’ Lee Know and I.N | Stray Kids/YouTube
And under his tutelage, the three managed to create some incredible dishes throughout the short series.
(left to right) Stray Kids’ I.N, Lee Know, and Han filming “Mysterious KITCHEN” | @Stray_Kids/Twitter
So because of Lee Know’s talent in the kitchen, it comes as no surprise that his members would often request him to cook for them. And one such instance was none other than Felix, asking Lee Know to make him beef wellington for his birthday.

felix finally gets to eat beef wellington that he has been asking for lee know to make it for months ever since his birthday ㅠㅠ pic.twitter.com/6JhfRDrzYY
— 양릭스 (@jeonglixsource) January 27, 2022

Fans believed that the main difference in Lee Know’s attempt at cooking the complex dish was both the new oven he finally bought himself, which probably allowed him to control the temperature of the steak better.

As well as the larger kitchen at Stray Kids’ new dorm, which would have allowed him enough space to be comfortable.
And the vlog Lee Know uploaded showing him cooking the beef wellington, getting excited over the success, and Felix expressing his enjoyment of the meal.

leeknow’s fun little cooking process. -he started at 1pm ended at 4pm-he was excited and sent a lot of emoticon while waiting for the beef wellington to be cooked in the oven-took a picture while taking a vlog and updated it to stays right away – he was happy feeding the kids pic.twitter.com/hJOApdGYbg
— 𓃹 (@eternallino) January 27, 2022

Fans were touched that Lee Know had remembered the promise to Felix and that he spent three hours making it perfect.

omg.. lee know’s vlog being him cooking beef wellington for felix and his caption saying he’s happy bc felix is eating it so deliciously ㅠㅠ our nyangnyangracha pic.twitter.com/YLPTwzRe9w
— 댕댕냥 (@seungdduk) January 27, 2022

And even Bang Chan got to try the dish, telling fans that after he finished filming “Chan’s Room” (his weekly VLIVE series), he went to try it himself and also gave his approval.

chan said that immediately after that vlog ended he came over and ate the beef wellington with felix and leeknow. “it was really really REALLY delicious”
— 댕댕냥 (@seungdduk) January 27, 2022

Lee Know’s beef wellington was such a well-made dish that even Gordon Ramsay would have to approve.