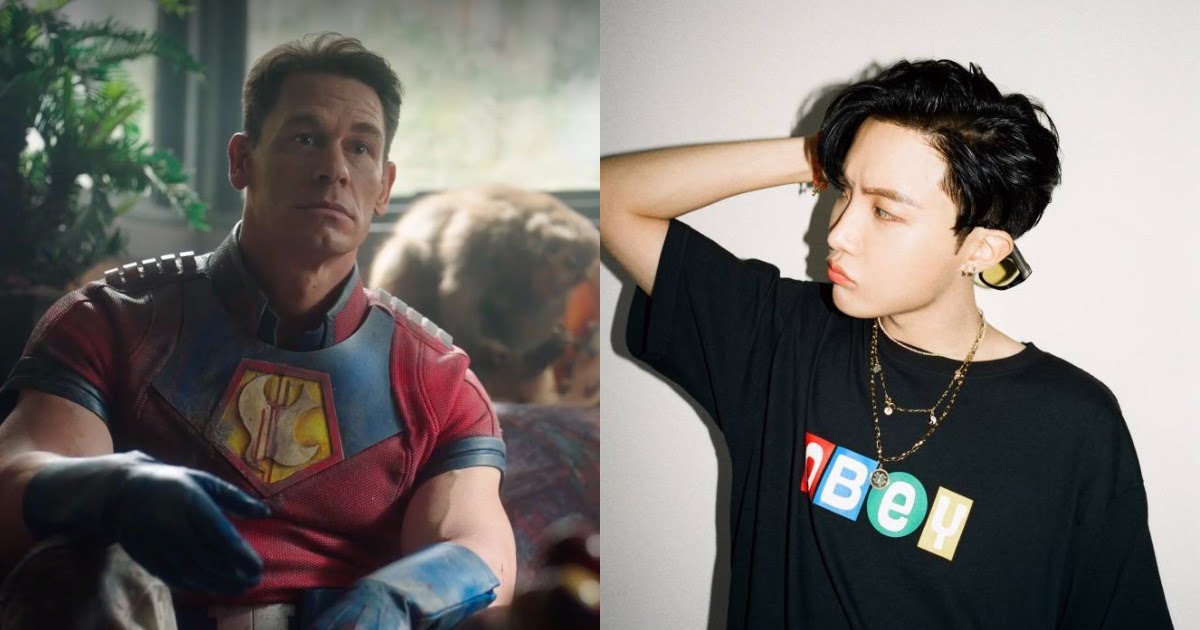 BTS‘s fandom, ARMY, is filled with successful people. One of the most recognizable but also diehard ARMYs is none other than professional wrestler and actor John Cena.
John Cena | WWE
There was even a period when John Cena would frequently post BTS pictures, often memes, without context to his Instagram. Can you tell who his bias is?
| @johncena/Instagram
Recently, he’s been showing lots of love to BTS. He even has learned some Korean!

Please @BTS_twt forgive my inexperience with the language, but here is my answer https://t.co/YFeO6TqyLG pic.twitter.com/07IztsuBvc
— John Cena (@JohnCena) May 18, 2018

John Cena manages to fit in references to BTS in all that he does now. He even helped choose BTS’s song “Fire” for the soundtrack of his movie Playing With Fire.
It was just our director Andy Fickman’s decision to use the song in the movie. I just simply answered, ‘that’s a great idea’ in response to his decision.

Now, the latest BTS reference he’s made in his work is through the DCEU (DC Extended Universe). Cena stars as mercenary Christopher “Chris” Smith/Peacemaker in the self-titled HBO Max show. He previously portrayed the character in James Gunn‘s film The Suicide Squad, so Peacemaker is a spin-off also created by Gunn.
Picking up where The Suicide Squad (2021) left off, Peacemaker returns home after recovering from his encounter with Bloodsport – only to discover that his freedom comes at a price.
— IMDb

So, how exactly does BTS fit into such a story as this? Well, first of all, we need to introduce you to another character: John Economos (played by Steve Agee), a member of ARGUS. He was part of a mission by Amanda Waller (the same woman behind the Suicide Squad) to recruit Peacemaker.

In Episode 5, “Monkey Dory,” Economos puts together an elaborate presentation that’s meant to fill in everyone on what “Butterflies” are (In DC Comics, they’re a series of mind-controlled killers). Unfortunately, it just was not a good PowerPoint presentation. While perhaps unrelated, it seems to trigger Peacemaker to ultimately go into a rant about how there were so many other people that Economos could have framed for his crimes (Episode 2). Still, instead, he framed Peacemaker’s dad. By the way, his dad is a super horrible person, but it is his father, so…
Steve Agee as John Economos in “Peacemaker.” | HBO Max
Anyways, he threw out a bunch of celebrities’ names, including BTS. Heads-up!!: Like The Suicide Squad, Peacemaker is Rated-R. While this scene contains no graphic violence, you can expect to hear some profanity. So, you can watch the scene at your discretion below:

It should be no surprise that John Cena mentioned BTS during his show. Previously, Cena shared that he would frequently listen to BTS’s music while filming for The Suicide Squad. He also promised to teach his co-stars about BTS.

“I was just in a phase where I listened to BTS,” Cena says when asked about this BTS playlist for SUICIDE SQUAD. #TCA21 pic.twitter.com/O0p6RRvnbc
— Meghan O’Keefe (@megsokay) September 22, 2021

Thanks to John Cena, BTS now exists in the DC universe. So, that means that BTS are canon in both DC and Marvel! Read more below:
BTS Was In Marvel’s “Eternals” Way More Than Just Through Song—Here’s The Other Times You May Not Have Noticed During Your First Time Watching
Source: AV Club and Polygon