BLACKPINK’s Lisa Had The Best Reaction To Jisoo’s Kiss With Jung Hae In During “Snowdrop” : Entertainment Daily 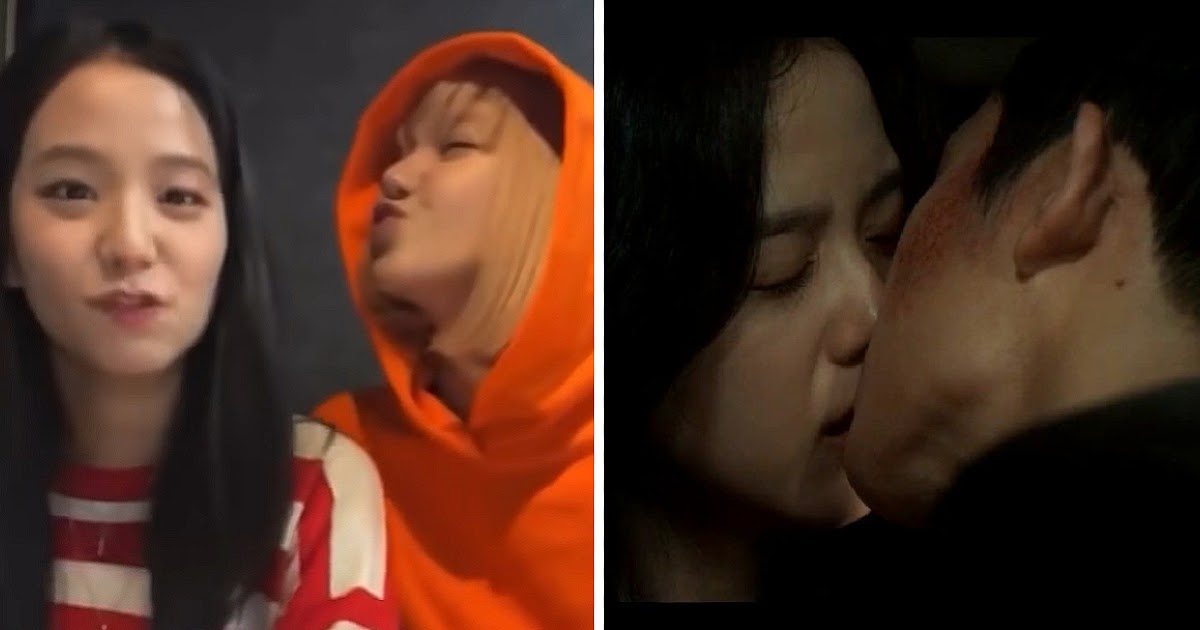 Despite the controversies surrounding the series, the newest K-Drama Snowdrop has been taking the world by storm. In particular, they have had nothing but praise actor Jung Hae In and BLACKPINK‘s Jisoo, who made her acting debut.
Jung Hae In (left) and Jisoo (right) | JTBC
Yet, one of the most iconic moments during the final few episodes was the one where Young Ro (Jisoo) and Soo Ho (Jung Hae In) is their iconic kiss that sent the internet into meltdown. As expected from both actors, the chemistry was off the charts and had BLINKs going crazy on social media.
Your browser does not support video.| JTBC
Well, it seems like it isn’t just BLINKs who couldn’t get enough of the scene. On January 25, BLACKPINK treated fans to a special and unexpected OT4 live broadcast.
Members of BLACKPINK | BLACKPINK/ VLIVE
Of course, the broadcast couldn’t ignore the fact that Jisoo had made her acting debut in Snowdrop… and that kiss! As expected, all the members watched the show and supported Jisoo, yet Lisa seemed to have a reaction that was #relatable.
A fan asked Lisa whether she had already watched the kissing scene, and she replied, “Yes, of course. I watched it, okay.”
Your browser does not support video.
Yet, that wasn’t the end of it as Lisa couldn’t stop teasing Jisoo throughout, referring to her as “Kisoo,” and saying, “Unnie, are you kissy-Jisoo now.” What was funny is that Jisoo isn’t known as a member who likes showing affection towards the members, but she was even pretending to kiss Lisa after she called her “Kisoo.”
Your browser does not support video.
Considering how close the members are, it isn’t surprising that Lisa was anticipating the kiss. However, Jisoo pointed out that as Lisa watched it, she got very excited and was even ready to record it on her phone.
The kiss scene was pretty long, like ten minutes. Lisa took a video from the beginning. She was excited, like, ‘Oh my.’ But, ten minutes later, ‘Come on, when will the scene come out.’
— Jisoo
Your browser does not support video.| BLACKPINK/ VLIVE
If that wasn’t enough, like BLINKs, with the final episodes approaching, Lisa wanted to try and get spoilers, asking, “Unnie can you give spoilers? There will be more kissing scenes, right?” As a true professional, Jisoo tried to throw her off the scent, saying, “No.”
Your browser does not support video.| BLACKPINK/ VLIVE
Yet, Lisa wasn’t going to let it go so easy and kept prodding the group’s oldest member until Jisoo explained, “You’ll have to watch it when it airs to find out.”
How do you reply to such a vague answer that seems to imply that there could be more “Kisoo?” Well, Lisa had the perfect answer that every K-Drama fan has said at least once in their lives, and it was, “HOW!? DO I WAIT UNTIL SATURDAY!”
Your browser does not support video.| BLACKPINK/ VLIVE
Considering how passionate Jisoo and Jung Hae In’s first kiss was, it isn’t surprising that Lisa wants to see more and know what’s going to happen in the final few episodes. You can read more about the iconic kiss below.
BLACKPINK’s Jisoo And Jung Hae In’s Chemistry During Their “Snowdrop” Kiss Was Passionate, But It Was A Different Story Behind The Scenes