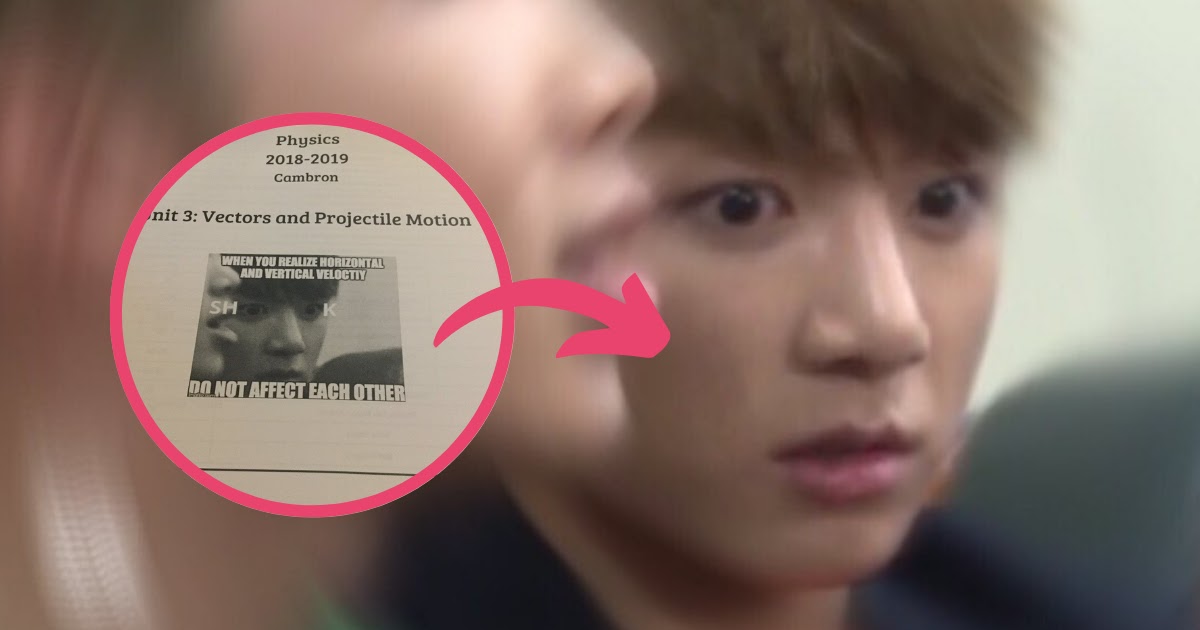 While his hyung Jin might be Mr. Worldwide Handsome, BTS‘s Jungkook is definitely Worldwide Famous. He’s been making rounds in academic materials all over the world. Be it the work of a teacher who is an ARMY in disguise, or be it a professor that wants to stay cool and relate to his young subjects, you’ll never know where Jungkook will pop out. Here are 8 times he appeared in academic materials.
1. A powerpoint
…that we honestly don’t know the meaning of, or what the teacher was teaching. All we do know, is that Jungkook sure has grown up.

2. Jungshookt
Ah vectors… Perhaps Jungkook’s photo on the cover is a bribe to encourage students to do well on the test.

3. Young and rich
Here, Jungkook decides to purchase a car. We don’t think he would need instalments in real life though.

4. Jungkook the scientist
We would give him all our samples.

5. Barbershop
University of Toronto is a top school globally! ARMY must be proud to see Jungkook appear here.

6. Jungkook in a straw hat
Here, the teacher asks students to draw a traditional stilted house.

7. Get that photocard
Will Maimouna ever get to purchase the Jungkook photo card of her dreams? Solve the math question to find out.

8. It’s a meme
Looks like Jungshookt became a meme! He pops up in this math problem powerpoint too.

Would you be happy to run into Jungkook imagery while studying or taking a test?