Twitter Has Released The Official 20 Most-Tweeted About K-Pop Artists Globally In 2021 : Entertainment Daily 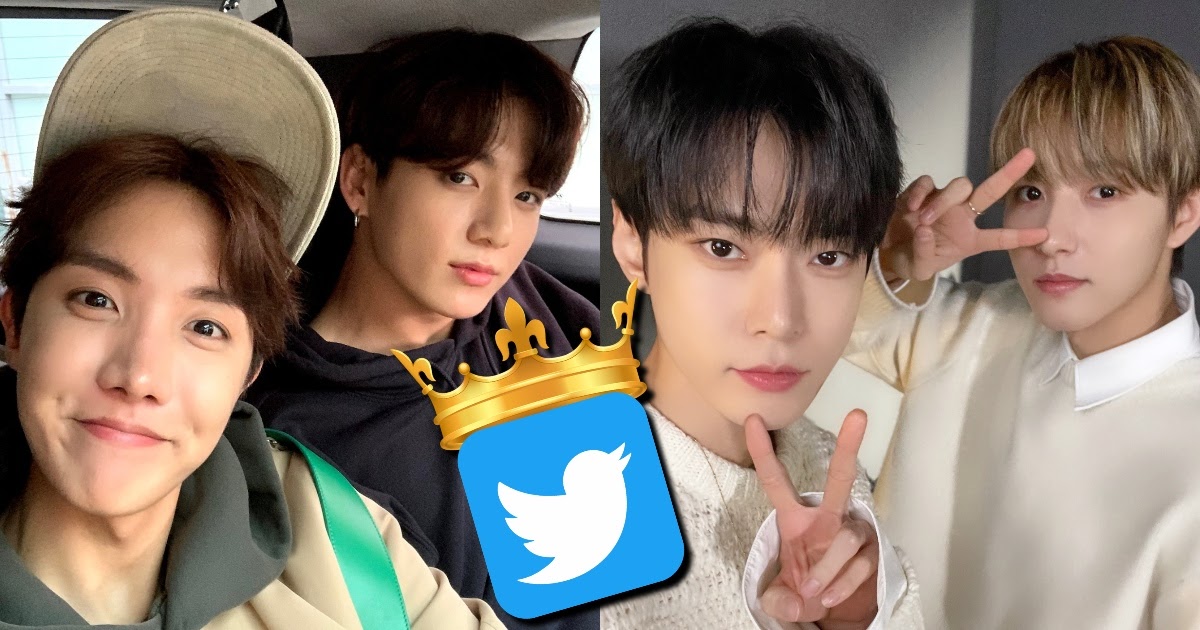 On January 26, Twitter released their official data about K-Pop on the social media site in 2021. The number of total tweets about the music genre completely dominated the previous year, rising from 6.7 billion tweets in 2020 to 7.8 billion last year. With all of these tweets posted in 2021, however, there were still a few artists that really rose to the top in terms of fan discussion. Here are the 20 K-Pop artists that were most tweeted about globally in 2021!
20. SHINee

Everyone was elated to hear that SHINee was back in 2021, and thanks to their comeback and the promotions that came with it, they were the only second-generation K-Pop group to be ranked in the top 20 on this list for 2021!
19. Red Velvet

Red Velvet is the first of just five K-Pop girl groups that were in the twenty most-tweeted about artists in 2021, and their inclusion in the list was likely due to their highly anticipated comeback, Queendom!
18. MONSTA X

MONSTA X saw their best sales year yet in 2021, and with how busy they’ve been with all the comebacks and releases they had last year, they definitely deserve to be tweeted about enough to reach this top 20 list!
17. ASTRO

ASTRO may not be the most-discussed K-Pop boy group in the industry, but they have a strong and steady fandom that keeps the conversation about them going on Twitter which got them ranked at #17 on the list!
16. ITZY

ITZY is one of only two fourth-generation K-Pop girl groups to have been tweeted about enough to reach the top 20 on this list. 2021 really was a fantastic year for the group, and it will be interesting to see their growth going forward!
15. iKON

Though iKON only released a non-digital single — “Why Why Why” — in 2021, they still had a lot of discussion posted about them last year! Part of this might have been due to their participation on Kingdom: Legendary War, but they seem to have a pretty solid fanbase as well.
14. aespa

Aespa is the other only fourth-generation K-Pop girl group to rank in the top 20 most-tweeted about artists on Twitter for 2021, further proving that they really are a monster rookie group!
13. THE BOYZ

THE BOYZ joins other fourth generation K-Pop boy groups to be among the most-discussed in 2021, and one of the three that participated in Kingdom: Legendary War to be ranked here as well. The show, and the growing popularity in their music, likely played a huge role in their placement!
12. GOT7

GOT7 was pretty quiet in 2021 after the group left JYP Entertainment, and discussion around them definitely fell in the last year as they dropped from being the fifth-most-tweeted about K-Pop artist in 2020 to twelfth this past year. Still, considering they have mostly been doing solo activities recently, this is pretty high!
11. TWICE

TWICE falls from the ninth position in 2020 to the eleventh position in 2021, due to the wave of fourth generation artists that have taken over the top ten positions. However, 11 is still quite high, especially since girl groups don’t tend to get as much discussion around them on Twitter in general.
10. Stray Kids

Stray Kids sees their first time ranking in the top 10 in 2021, and the first of five fourth-generation K-Pop groups to be tweeted about enough to make it into these ten positions. Like the other newer artists that ranked this high, the group definitely saw a rise in popularity in 2021!
9. ATEEZ

ATEEZ is the second fourth-generation K-Pop group to make it into the top ten this year, and rose from their position at #10 in 2020! Considering how much their sales numbers and discussion around them increased last year, it makes sense that they would be highly tweeted about.
8. SEVENTEEN

SEVENTEEN has seen a massive increase in their popularity over the last couple of years, and though they dropped down from #7 in 2020 to #8 last year, it’s still nothing to scoff at.
7. TREASURE

TREASURE was knocked down one spot from #6 in 2020, but is still placed high on this list overall, especially since they haven’t had a comeback since very early on last year.
6. TXT

TXT is the second-highest-ranking fourth generation group on this list for 2021, rising up from #8 in 2020! 2021 certainly was a fantastic year for them, and their success is only likely to continue going into 2022.
5. BLACKPINK

BLACKPINK is the highest-ranked K-pop girl group on the list for 2021 and the only to rank in the top 10, which is especially amazing since the group didn’t even have a full comeback in the last year outside of solo debuts.
4. EXO

EXO was bumped down from #3 last year to #4 this year due to the fourth generation group that took their place, but considering that they’ve only had one group comeback with “Don’t Fight The Feeling” since 2019, it’s still impressive!
3. ENHYPEN

ENHYPEN leaped into not only the top 10 most-tweeted about K-Pop artists in 2021, but they placed at #3! They’re the highest-ranking of any fourth generation K-Pop group on the list for the last year, and considering the success they saw in 2021, it isn’t too surprising.
2. NCT

NCT kept their placement at #2 on the list this year! Considering how huge the SM Entertainment group has become — both literally and in terms of popularity — it makes sense that so many tweets would be written about them.
1. BTS

Unsurprisingly, of course, BTS rose to the top yet again in 2021, keeping their first place on the list of most-tweeted about K-Pop artists. In fact, their Permission To Dance On Stage concert in Los Angeles inspired 68 million tweets globally all on its own!