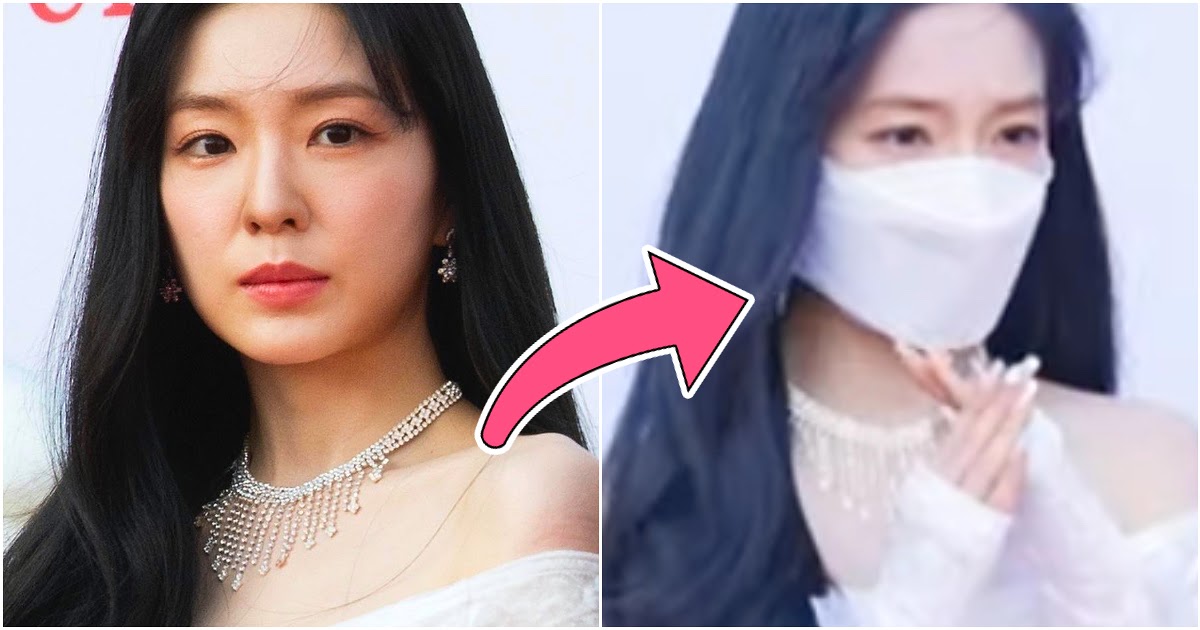 The k-press should report this, that the press themselves forced red velvet to take off masks and that their wise leader Irene adamantly refused it. But the press would never. They are always busy blaming celebrities while not seeing their own problems. https://t.co/3HqxnxaPFV
— Einrad and 329 others (@Einrades) January 27, 2022

cases growing like crazy, idols testing positive everyday and they still make red velvet take off their masks even after they said no, like how dumb can you be
— ahreum (@weareredveIvet) January 27, 2022

Fans also praised Irene for standing her ground and doing everything in her power as Red Velvet’s leader to keep the group safe on the red carpet.

i’m so proud of irene for standing her ground. she did well. as a leader and as a responsible individual https://t.co/1aZ6C7GR5A
— where is milfrene (@hyunrene_) January 27, 2022

Korean netizens on Nate Pann also praised Irene for her actions and said the reporters were “out of their minds” for asking the members to take their masks off.

Top Comment (Anonymous): I really like that about Irene, she doesn’t back down.
Top Comment (Anonymous): Irene may have had her ups and downs but there is a reason she is the leader… It’s satisfying to see her stand up for herself. There’s another clip of her glaring down a smoker on the street and I thought she looked amazing in that too.
Top Comment (Anonymous): So many celebrities have tested positive from attending a recent award ceremony. Everyone who attended had to be swabbed up the nose. These reporters are out of their minds if they think Red Velvet should risk it all and take their masks off. LOL.