International Netizens Encourage “Single’s Inferno” Star Song Ji A, Inviting Her To Move To The US : Entertainment Daily 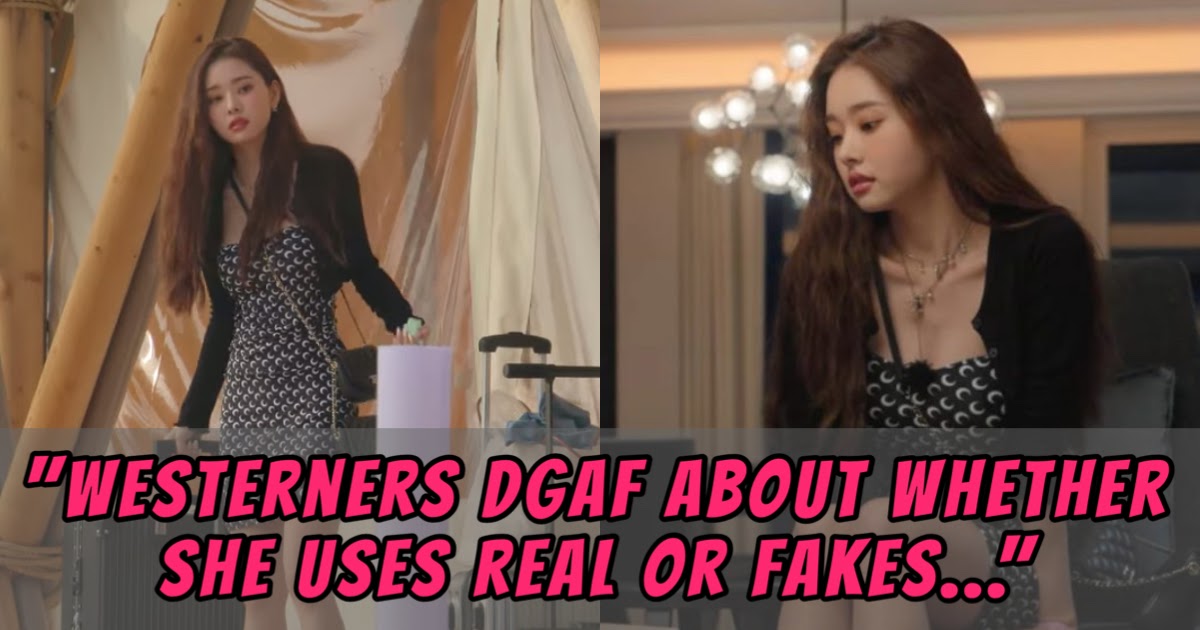 Influencer Song Ji A (also known as Free Zia) was a fan-favorite on Netflix‘s hit Korean reality dating show Single’s Inferno. So, it came as a great shock to many when she ended up in controversy shortly after the series’ finale.
Song Ji A on “Single’s Inferno.”
Over a week ago, speculation began that many of the luxury brands she flaunted were not actually authentic but rather imitation. Most recently, Song Ji A admitted to the allegations and made all her YouTube videos and Instagram posts private, except her apology posts.
Still from now-private video of Ji A showing off a knock-off Chanel handbag | @free지아/YouTube
Many netizens, fan or not, feel like it’s all gone too far now. They feel that the consequences Song Ji A is facing are too extreme for the actions.
Screenshot on January 27, 2022. | @kenternews/TikTok

Screenshot on January 27, 2022. | @kenternews/TikTok
While lots of netizens are disappointed, many are speaking out in support of Ji A. Some have even shared that they only feel more than ever encouraged to be themselves and take pride in wearing knock-offs. While many of us can’t afford designer or luxury items, we can still flaunt what we do have.
Screenshot on January 27, 2022. | @nextshark/Instagram
TikToker megan (@milktea.meg) recently went viral with a video, saying that she doesn’t “feel bad owning $55 Chloe boots” any more. As of January 27, it has 3.3 million views and 840.8K likes.
When Jia gets canceled and suddenly you don’t feel bad owning $55 Chloe boots
— @milktea.meg/TikTok

The support for Ji A doesn’t end there, though. Recently, TikToker Daily Korean Updates (@kenternews), who shares reports of Korean news, updated followers on the Song Ji A controversy. They explained that while it’s primarily the agency’s fault, creators tend to take the fall more.
I have seen this happen before to Korean YouTubers or influencers, and it always ends up with the creator being the one to take the fall. I know one other influencer who has moved abroad, but her channel was not as successful. I’m hoping that Ji A can find peace and move on.
— @kenternews/TikTok

They and their followers lamented over the recent events, and many attempted to brainstorm solutions in ways that they could let help Song Ji A during this difficult period. So, some suggested that she could move to the United States since many influencers in America wear whatever they want and are very successful.
Screenshot on January 27, 2022. | @kenternews/TikTok
Screenshot on January 27, 2022. | @kenternews/TikTok
Drag Queen Kim Chi commented on NextShark‘s Instagram post about Song Ji A, sharing the same sentiment. Thousands of netizens agreed that she could make it in the USA.
Screenshot on January 27, 2022. | @nextshark/Instagram
Daily Korean Updates made a follow-up video on TikTok, responding to the suggestion of Song Ji A possibly moving to the U.S. They expressed a desire to help Ji A successfully move but recognized some of the issues they may face in the meantime.
There will be a couple of technical issues there. First, how long is her contract with the agency? Typically, a contract can be anywhere from one to two years to three to five. Is there a penalty fee for breaking that contract?
— @kenternews/TikTok
| @dear.zia/ Instagram
Until then, Daily Korean Updates recommended that all of Ji A’s fans unite to help her. The first step is creating a “free.jiasong” page on Instagram.
What if we all kind of band together? And I created this page for her, and we just let her know and keep tagging her on this page, so that if she ever does decide to leave Korea and want to pursue internationally, I would freely give her this account. If this page got the love that it deserves because I heavily believe in second chances, and I feel like because she has such a diverse range of fan, she can definitely make it internationally.
— @kenternews/TikTok