GOT7’s BamBam Enjoys Watching Youngjae’s Kissing Scenes In K-Dramas And Confessed It To Him : Entertainment Daily 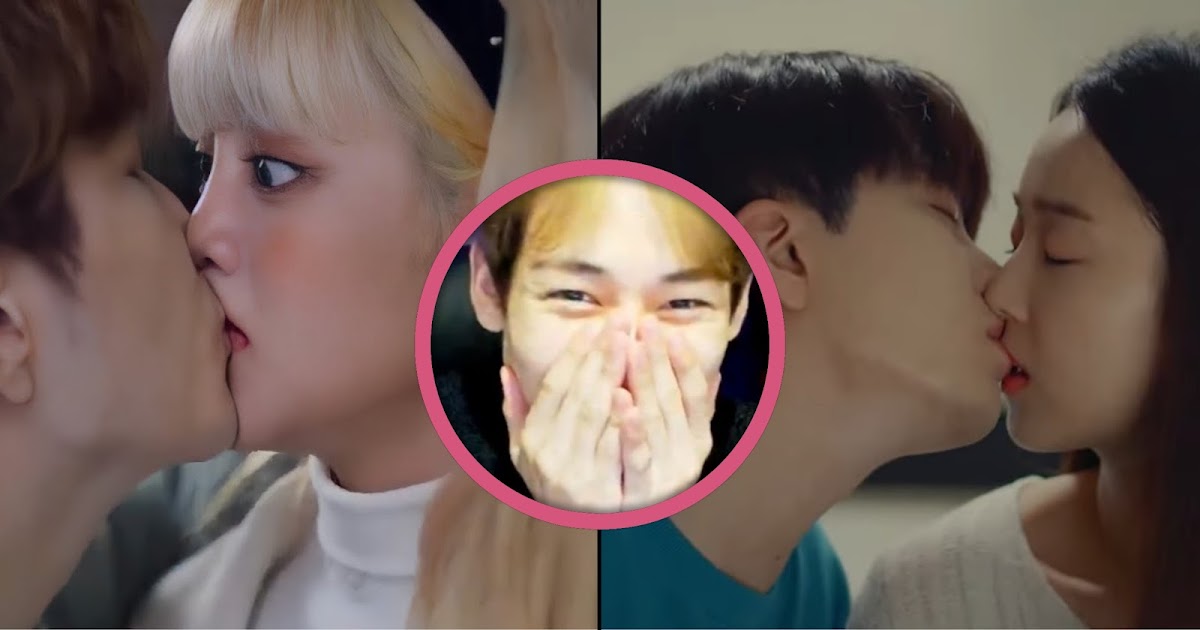 GOT7 is filled with multitalented individuals, and we’ve been blessed to see the rise of actors Jinyoung and Youngjae recently.
Both have shown versatility in their abilities too. We saw Jinyoung in The Devil Judge and Yumi’s Cells last year, and they were very different genres.
Jinyoung in “The Devil Judge.”
Kim Go Eun (left) and Jinyoung (right) in “Yumi’s Cells.”
Likewise, Youngjae was just a rookie actor in the Korean sitcom So Not Worth It. Still, he proved he was just as skilled as any as he portrayed the adorably silly Korean Australian college student Sam.

We saw a much different side to him in Love & Wish. While Sam was funloving, his character, Kim Seung Hyu, had a dark past in this K-Drama.

Still, we got quite a cute love story between him and the female lead. And you know what that means… Kissing scenes!
Youngjae (left) and Minnie (right) in “So Not Worth It.”  | Netflix
Youngjae (left) and Choi Ye Bin (right) in “Love & Wish.” | KakaoTV
And, no one loves to tease his members more than BamBam. Seeing his hyung not only act in a K-Drama but kissing, of course, he’s never going to let the man live it down.
Youngjae (left) and BamBam (right)
Previously, BamBam reacted to Youngjae’s So Not Worth It kiss with (G)I-DLE‘s Minnie on Instagram Stories.
Your browser does not support video.| @bambam1a/Instagram
Well, it turns out BamBam still has something to say about it. He made a big confession as he guested on MBC Radio‘s Dream Radio which Youngjae hosts.
As for Youngjae hyung‘s acting… I only watch the kissing scenes.
— BamBam
Your browser does not support video.| @jaebambum/Twitter
Youngjae was taken aback, obviously not expecting ever to hear such a thing. So, he asked, “Why do you only watch this kind of stuff?”
Your browser does not support video.| @jaebambum/Twitter
BamBam tried to explain himself. He reminded Youngjae that he doesn’t really watch television.

BamBam: I don’t really watch dramas.
Youngjae: That’s right.
BamBam: I don’t watch TV.
Your browser does not support video.| @jaebambum/Twitter
So, he’ll watch the highlights, which would be the kissing scenes. BamBam said he especially enjoys watching Youngjae’s, which definitely didn’t make the actor feel any better.

BamBam: I really like hyung‘s kissing scenes.
Youngjae: Why on earth would you like my kissing scenes?
BamBam: I like it!
Youngjae: What do you mean, “I like it?!”
Your browser does not support video.| @jaebambum/Twitter
BamBam tried to describe how it makes him feel, and Youngjae was not having it. So, Youngjae then teased BamBam about his outfit!

BamBam: When I watch, I go, “WOAHSHJJ!” Do I sound like a pervert?
Youngjae: It’s okay. You already looked like a pervert.
Your browser does not support video.| @jaebambum/Twitter
That’s certainly not all. BamBam and Youngjae even “recreated” the kiss scene from Love & Wish!

Bambam and Youngjae recreated a kiss scene from Love & Wish:
Youngjae (Woman character): is it our destiny? Bambam (Male character): Should we figure it out? YJ: How? BB: *Alien Kissing sounds*
HDHDJJSBD I CANT WITH THEM 😭#Bambam #Youngjae @GOTYJ_Ars_Vita @BamBam1A pic.twitter.com/YmtwNdUxzx
— Bel¨ 🫂🦢 “LOVE” DAY! (@jbdefsyg) January 26, 2022

No actual kiss this time, though. 😂

Those weren’t the only chaotic moments from this episode, either. Check out more below:
GOT7’s BamBam Tried To Explain Himself To Youngjae After Spoiling The Group’s Comeback
Source: @jaebambum and MBC Radio