Chipotle Continues To Cement Its Status As True BTS Fans, And They’re Treating ARMYs In The Process : Entertainment Daily 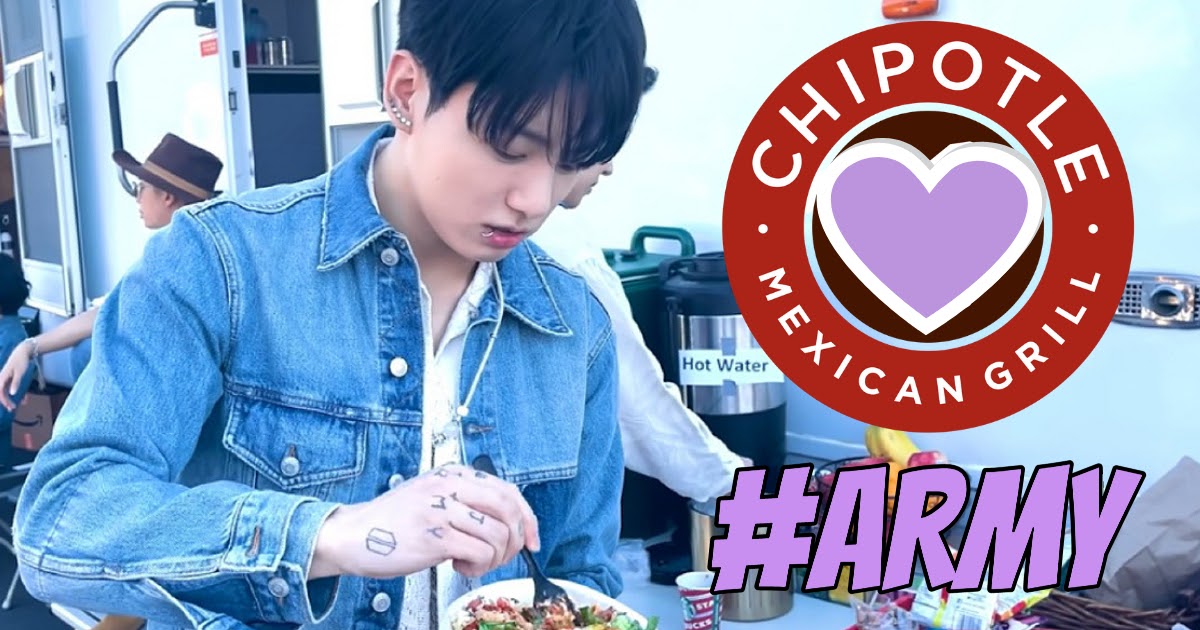 When BTS released behind-the-scenes footage from their time in America, nobody expected that a simple mispronunciation of the food-chain Chipotle by member Jungkook would make such an impact.
Yet, it seems as if the influence from the group’s youngest member is now benefiting ARMYs worldwide.
BTS’s Jungkook | @bts_twt/ Twitter
On January 23, BTS posted a video where Jungkook adorably mispronounced the world Chipotle as “Chicotle…”
Your browser does not support video.| @BANGTANTV/ YouTube
Well, if ARMYs thought it was cute, Chipotle couldn’t seem to agree more and even changed their username on Twitter to match what Jungkook said! It seems as if “Chicotle” has much more of a ring to it than first expected.

Yet, from there, it seems as if the popular brand continued to showcase just how much of an ARMY they are. On their social media, they definitely picked the right person to run the account because they were radiating BTS in their tweets…

And in the replies.

Well, it seems as if the love didn’t end there. On January 25, one ARMY wanted to see how much Chipotle loved BTS and cheekily asked, “Chipotle discount code exclusively for ARMY when?”
Although it was a long shot, Chipotle replied, “Tomorrow?” and although many didn’t believe it, it seems the brand stuck to its promise.

On January 26, @USBTSARMY proved that the brand had kept its promise, sharing that they were partnering with Chipotle to give 7000 ARMYs a free Chipotle bowl!

If BTS had the power to sell things out, this was no exception. Another user shared that the codes had run out in 15 minutes, showing just how much fans wanted to show their support for BTS and Chipotle and get free food in the process.

From the Bangtan💣 of Jungkook calling “Chicotle” while trying chipotle for the first time to Chipotle offering a promo code for a free bawl to first 7K 🇺🇸 ARMYs that ARMYs sold out in less than 15 minutes… this entire event is HILARIOUS😂
— ᴮᴱARMY_Connect⁷ (@Army_Connect) January 26, 2022

After the promotion ended, ARMYs in America shared their free Chipotle meals, courtesy of Jungkook, and it isn’t surprising that the brand agreed to do it.
After the video was released, media from across Korea and the world shone a light on the brand, making it known to netizens globally!
| NME
| SBS
It seems as if Jungkook has once again proved his “sell-out” power and influence with another brand. After his impact on Kombucha and more, it will be interesting to see which business benefits from the “BTS touch” next.
You can read more about Jungkook’s “Chicotle” saga below.
Chipotle Has Officially Rebranded, And It’s All Because Of BTS’s Jungkook