BTS’s V Is Back “Flirting” With Bestie Choi Woo Shik On Instagram, And All Because Of “Our Beloved Summer” : Entertainment Daily 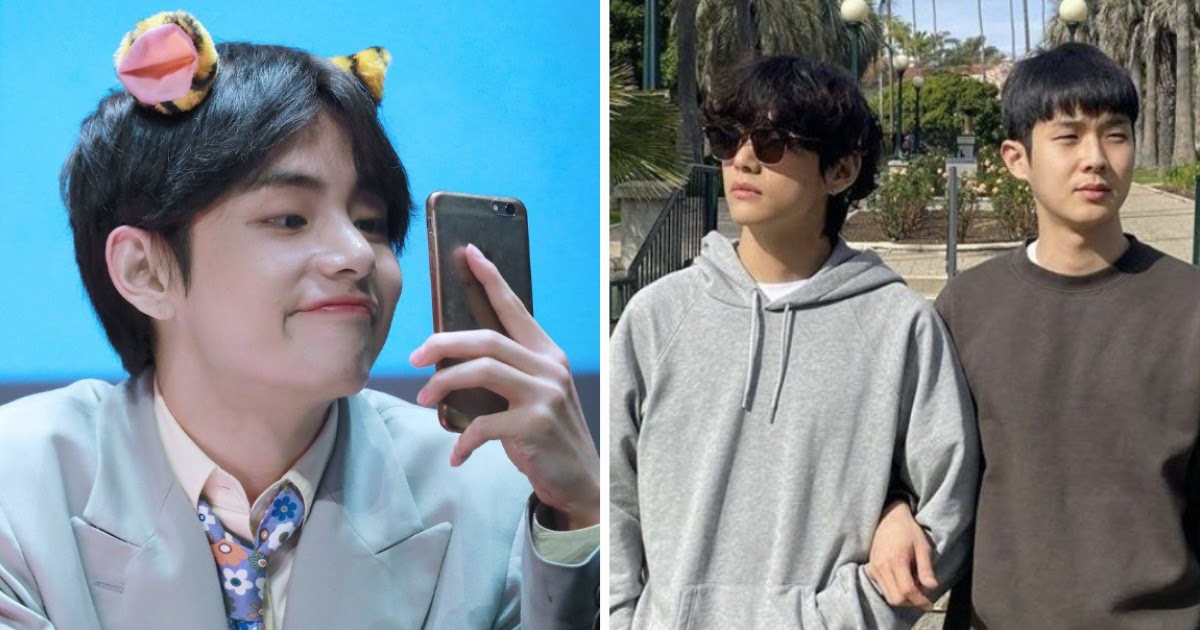 When it comes to iconic friendships in the Korean entertainment industry, there seems to be an endless number of options to choose from.
Yet, one that brings the world of K-Pop and K-Drama together is the #friendshipgoals combo known as the Wooga Squad, which includes BTS‘s V, Park Hyung Sik, Park Seo Joon, Choi Woo Shik, and Peakboy.
The members of the Wooga Squad (excluding Park Hyung Sik) | @realpeakboy/ Instagram
However, one duo from the squad that has recently been sending the internet into a frenzy is none other than Choi Woo Shik and V…
Your browser does not support video.
And it’s mainly been because of the K-Drama Our Beloved Summer.  Choi Woo Shik’s latest series has become a favorite amongst netizens, and V even sang an OST for it, so it isn’t surprising that they’re bonding over it.
Kim Da Mi (left) and Choi Woo Shik (right) in “Our Beloved Summer” | SBS
As the show comes to an end, both fans and the cast are becoming nostalgic, Choi Woo Shik treated fans by posting a picture of all the cast on his Instagram, and it was the sweetest thing.
The cast of “Our Beloved Summer” | @dntlrl/ Instagram
However, it seems as if no matter how sweet anything is, BTS’s V is always on hand to spice things up… with a bit of flirting. Underneath the photo, V was quick to comment on the photo, replying, “Honey, you worked hard,” with a cute smiley face emoji.

Of course, whenever it comes to any sort of interactions between the two, it quickly sent the internet into meltdown with them joking about V’s “flirty” behavior on Instagram.

Another reason why ARMYs love it so much is that it isn’t the first time the two have been adorable and hilarious on Instagram. After coming out of quarantine, Choi Woo Shik was one of the first people he met up with when he was allowed out.
BTS’s V (left) and Choi Woo Shik (right) | @thv/ Instagram
In the midst of filming for Our Beloved Summer, Choi Woo Shik posted a cute picture on Instagram, yet it was the comments that stood out.
Bestie V made use of his Instagram account and replied, “(Your) facial expression kekeke…wow.” What was even funnier was Choi Woo Shik’s reply, who obviously thought V was being his adorable and charming self. He replied, “Don’t like me too much.”
| @dntlrl/ Instagram
If that wasn’t enough, V shared the funniest reaction to one of Choi Woo Shik’s scenes during Our Beloved Summer, posting his bestie in a less than flattering way.
| @thv/ Instagram
Although the series has come to an end, it seems as if BTS’s V will always be on hand to make netizens and Choi Woo Shik smile. Hopefully, fans can look forward to more adorable interactions in the future.
You can read more about the duo’s friendship below.
BTS’s V Gets Flirty With Bestie Choi Woo Shik On Instagram, And ARMYs Are Loving It