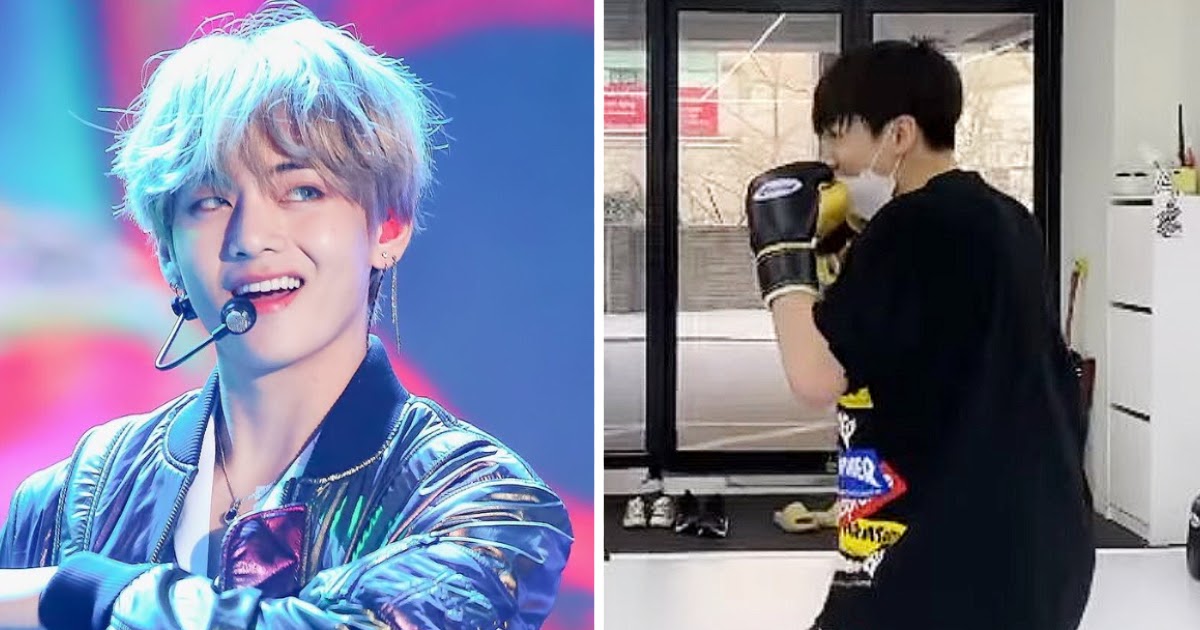 When the members of BTS created their own individual Instagram accounts, nobody expected that ARMYs would be treated to so much content.
Over the last two months, fans have been captivated by the interactions between members on the accounts so much that it feels like invading their personal group chats.
The memebrs of BTS | @bts_bighit/ Twitter
Recently, the members were back at it on Jungkook‘s page! On January 26, BTS’s youngest member treated fans to another video of his boxing training…
Your browser does not support video.| @abcdefghi__lmnopqrstuvwxyz/ Twitter
Your browser does not support video.| @abcdefghi__lmnopqrstuvwxyz/ Twitter
Even though all of this practice must be making Jungkook a professional, someone in BTS thought they could match up, and it was none other than V!
In the comments, V posted, “Let’s do some sparring soon,” and it seemed like he wanted to practice his own skills on Jungkook… yet, as the older member, J-Hope rightly urged caution, replying, “Will you be fine? Hahahahahaha.”
| @abcdefghi__lmnopqrstuvwxyz/ Twitter
Yet, if J-Hope wanted to warn V against it, it was too late as Jungkook replied to the thread with, “Come on in (and let’s fight).”
| @abcdefghi__lmnopqrstuvwxyz/ Twitter
However, if anyone thought V needed to worry, it seems as if he’s already ready with his plan of action if it was ever to happen.
If you use a little bit of your waist for hook too and if you move a bit more of center of gravity from left to right for upper, it’ll be fine.
— BTS’s V

Jungkook seemed fine with this big talk from V, adding “He also added his own new comment, saying, “Whenever, (let’s) go!”
| @abcdefghi__lmnopqrstuvwxyz/ Twitter
Even if neither Jungkook nor V has plans for future careers in the boxing business, they definitely know their stuff. V explained that he could use his “Adesanya style,” referring to the UFC fighter Israel Adesanya.
I use Adesanya’s technique so I won’t leave any distance. I’ll use my foot boom while you inhale and then I’ll take a shot to your liver boom ha.
— BTS’s V

Jungkook even quoted a famous quote from Mike Tyson, saying, “Everyone has a plan.”
| @abcdefghi__lmnopqrstuvwxyz/ Twitter
Unfortunately, V caught him out asking Jungkook why he didn’t finish the classic line, which originally says, “Everyone has a plan until they get punched in the mouth.”
Although it is highly unlikely that Jungkook and V will try sparring anytime soon or that ARMYs would like that to happen, that isn’t to say they didn’t find the interactions hilarious.

With the members of BTS continuing to share their lives on Instagram, it doesn’t seem as if the amount of content will slow down any time soon. Maybe, V might even join Jungkook in his next sparring session for some fun!
You can read more about Jungkook’s boxing video below.
What Would Happen At A “Jungkook VS V” Boxing Match? BTS Fans Have Some Ideas
Source: @abcdefghi__lmnopqrstuvwxyz