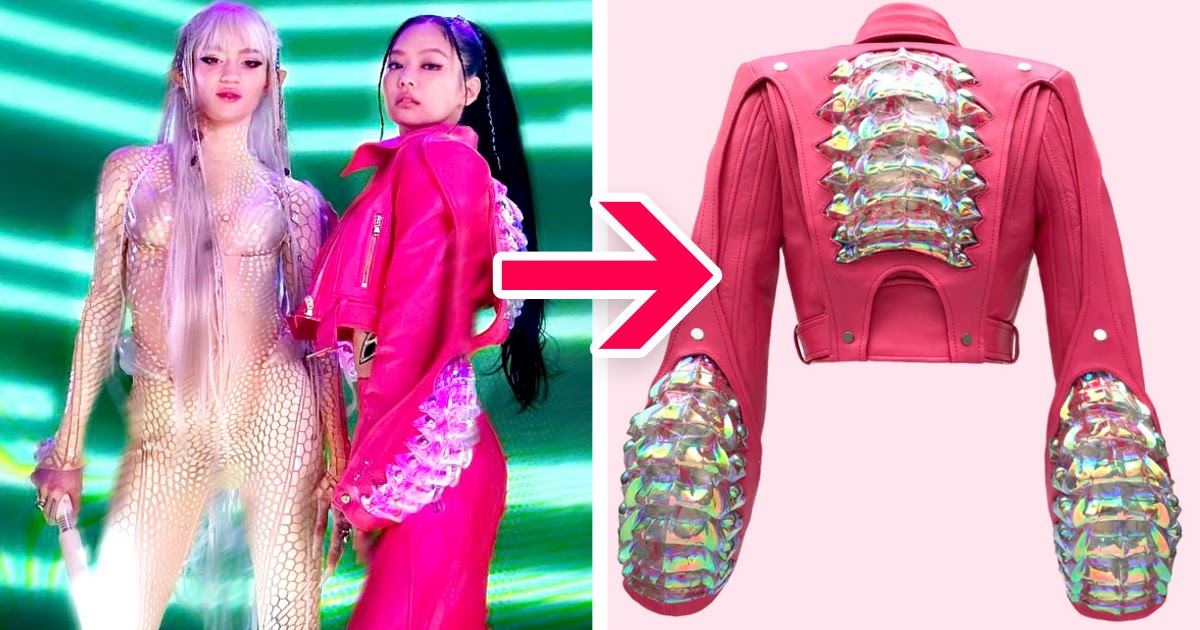 BLACKPINK‘s Jennie recently stunned fans with her visuals in Grimes‘ latest music video “Shinigami Eyes”. Jennie showed off her beauty in a bright pink biker jacket that turned heads. Fortunately, the designer recently spilled all the details on the pricey piece.
Grimes and Jennie on “Shinigami Eyes” set. | @Grimezsz/Twitter
The American fashion designer behind both Jennie and Grimes’ looks is Asher Levine. He created the pink Candy Moto biker jacket and priced it at a whopping $69,000 USD. While the colorful shells on the jacket seem like they’re only decorations, they’re part of an unexpected feature.
Candy Moto | Asher Levine
The shells are actually light bulbs controlled by a mobile app, creating a variety of ten light animations. The jacket is so unique that no one except Jennie has ever worn it because it’s the “first wearable prototype” and was “initially a concept piece for the Museum of Modern Art.”
| @jennierubyjane/Instagram
As for the inspiration behind the one-of-a-kind jacket, Asher Levine attended a Thierry Mugler Couturissime exhibit in Montreal, Canada where the sculptures inspired him to begin making Candy Moto.
Your browser does not support video.| @asherlevine/Instagram
Asher Levine used his many years of experience to make sure Grimes and Jennie looked as stunning and otherworldly as they could. He even shared the sketches and process behind creating the two looks on his Instagram.