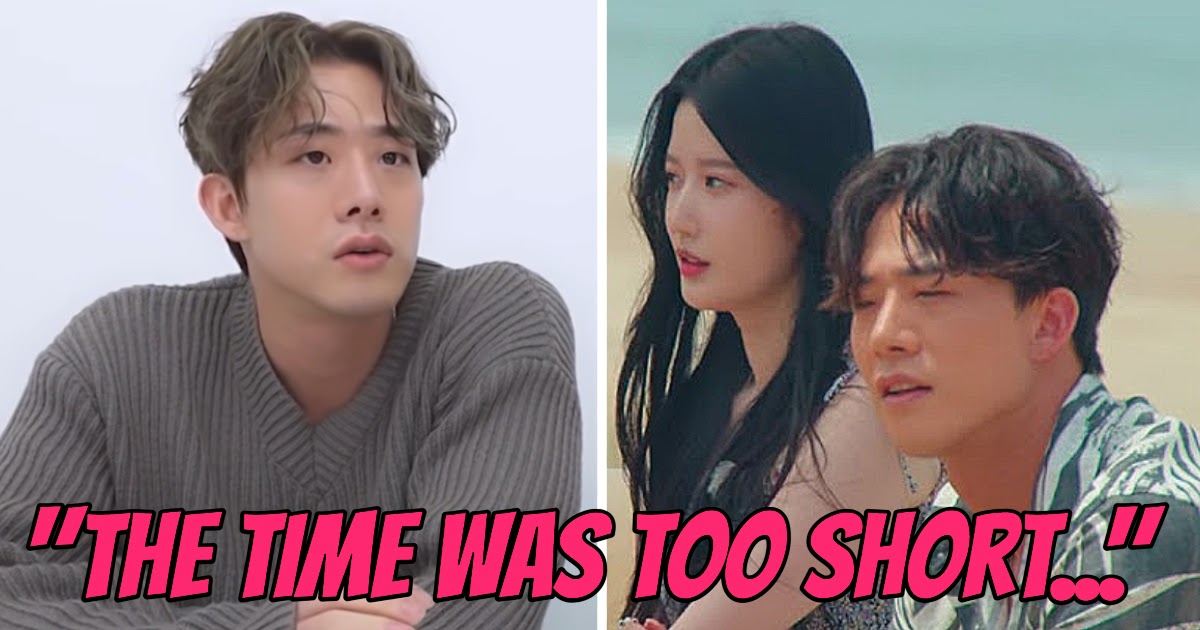 Although Netflix‘s new show Single’s Inferno captured viewers’ hearts worldwide and became addictive to all those watching, it has come under serious criticism, including the issues of colorism, mistreatment of contestants on social media, and much more.
Single’s Inferno poster | Netflix
One contestant who recently shared how he felt at a disadvantage on the show was fan favorite and viral backup dancer Cha Hyun Seung.
He recently appeared on a video with fellow An Yea Won to discuss everything on the show, from regrets, why he didn’t pick her, and even the fact he thought one of the male contestants had a crush on him.
Your browser does not support video.| Cha hyun Seung 차현승TV/ YouTube
During the video, Yea Won asked Hyun Seung if there was anything else he found disappointing during his time on Single’s Inferno, except not picking her.
Hyun Seung explained that being there such a short time made everything more difficult as the majority of the cast had already been there a few days.

Cha Hyun Seung: It sucked that I didn’t get to talk to people as much as I would’ve liked. And… well, it really sucked that I joined late.
An Yea Won: Ah, you’re right. You only had three days?
Cha Hyun Seung: Three to four days.
Your browser does not support video.| Cha hyun Seung 차현승TV/ YouTube
It isn’t surprising to hear that the fact he was there for a much shorter time meant that it was difficult to connect with the other contestants.
It was too short for me… The time was too short for me to express something. It felt like it was over without even starting.
— Cha Hyun Seung
Your browser does not support video.| Cha hyun Seung 차현승TV/ YouTube
Throughout the show, netizens didn’t miss the fact that it was extremely difficult for those arriving later to form a connection to the people watching and those on the island.
It was proven as he and the two girls who arrived later in the series were some of the few contestants who didn’t leave with a significant other.
The final decision left Hyun Seung and the other newbies without a couple | Netflix
Yet, it isn’t the first time this idea of unfairness due to lack of time on the island has been raised. Although Hyun Seung felt like his lack of time on the island impacted his chances, he definitely had more screentime than the other two contestants he arrived with.
Fellow newbie Seong Min Ji felt the effects of coming in late…
Seong Min Ji | Netflix
When she first entered, fans were excited to see that she had an instant attraction to Moon Se Hun, who had struggled to find love after being unable to woo Shin Ji Yeon. They went on dates, chatted naturally, and seemed to have an instant connection.
Se Hun and Min Ji on a date | Netflix
Yet, that quickly seemed to become a forgotten tale as Se Hun went straight back to Ji Yeon, leaving Min Ji with a lack of screen time and even portraying her as someone jealous and bitter that she wasn’t chosen.
Your browser does not support video.| Netflix
It was similar for contestant Kim Su Min.
Like Min Ju, as soon as she arrived, Min Su Min became made a side character in the show. She was used when emphasizing the “desirability” of Song Ji A because, despite having a connection to Si Hun, she wasn’t chosen in the end.
Kim Su Min | Netflix
Yet, although Min Ju came across as cold and bitter, she had much more screen time than Su Min, who was barely ever shown whether in the challenges or during their time on the island.
Considering that she made a huge impression when she entered the island, fans were surprised about this.
Your browser does not support video.| Netflix
When the new contestants were introduced, netizens quickly noticed similar issues, explaining that the show had become centered around a few characters and pushed the others to the side and made them “extras,” which even included OG’s like Yea Won and Kim Jun Sik.

It was clear that the show had their favorites from the start and used the episodes to focus on a few contestants. It’s a shame because the way the show was organized and lack of time the later contestants seriously impacted their chance at a happy ending or more exposure.
You can read more from the video below.
Cha Hyun Seung Believes He Would Have Chosen An Yea Won If He Was On “Single’s Inferno” From The Start
Source: Cha hyun Seung 차현승TV