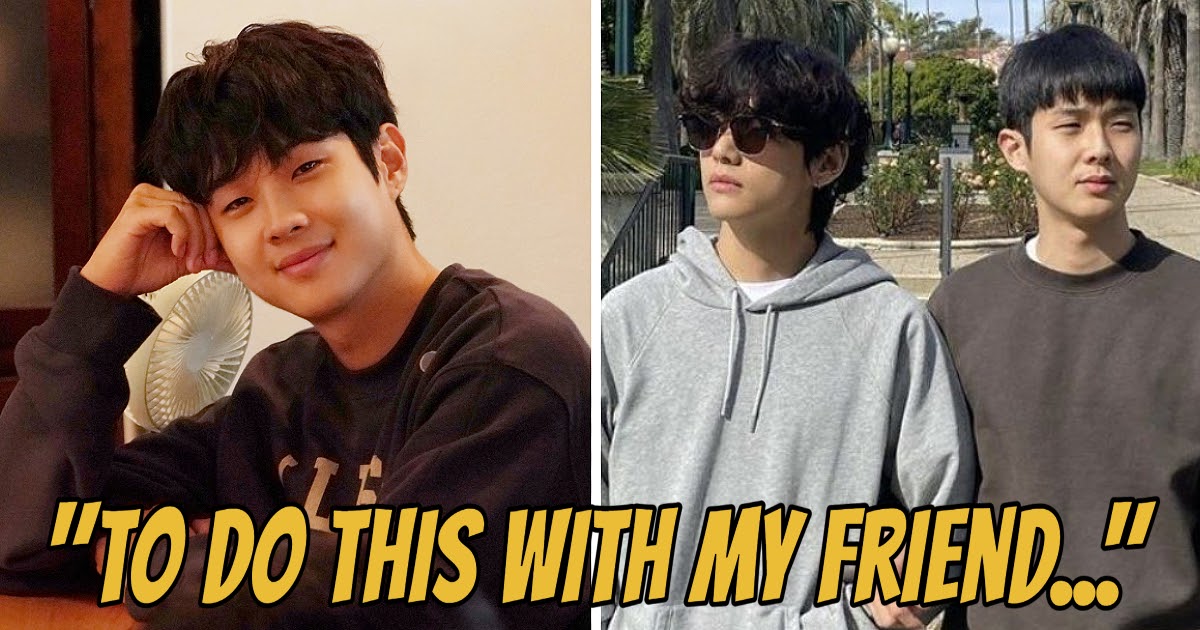 Although it has recently come to an end, one of the hottest K-Dramas has been Our Beloved summer. The series stars Choi Woo Shik as Choi Ung and Kim Da Mi as Kook Yeon Su.
It follows two people who, despite their differences, fall in love as students. Yet, years after a messy breakup, they meet again despite protests to never communicate with each other.
Kim Da Mi (left) and Choi Woo Shik (right) in “Our Beloved Summer” | SBS
Alongside the amazing actors and storytelling throughout the series, one other thing quickly caught the attention of netizens worldwide, and it was the show’s OST. In November, there were reports that one of the show’s main tracks was going to be sung by none other than BTS‘s V.
BTS’s V
Luckily, ARMYs weren’t disappointed as it was later revealed that the report was true, and V released the track “Christmas Tree” for the show. As soon as the song was released, fans worldwide couldn’t get enough of V’s velvet voice and how it perfectly matched with the story being told by the lead actors.
Cover for V’s OST | Spotify
In a recent interview, lead actor and fellow Wooga Squad member Choi Woo Shik revealed how he really felt about V doing an OST for the K-Drama he was starring in. As expected, Choi Woo Shik seemed so grateful that V had participated, adding that he really loved the song.
Yet, despite their close bond, Choi Woo Shik revealed a mutual desire for V to do the track that made it so meaningful rather than being a forced process.
The music director wanted it, I wanted it and Taehyung wanted it too, so I didn’t have to work out any of the fine details. It was all something that we wanted. I think that’s why the results were good.
— Choi Woo Shik
Your browser does not support video.| MOSTCONTENTS/ YouTube
He then added that, like many fans, the track and V’s voice was the perfect addition to the K-Drama, adding something special to the scenes it was heard in, explaining, “It was like the seasoning that helped us to express our acting in a tasteful way.”
Choi Woo Shik then shared his thanks to V for being part of it and shared just how important it was to have his close friend on a project with him.
Thanks so much (to V). I am glad that it’s receiving a lot of attention, but aside from that, I think it’s meaningful that I was able to do this with my friend on a project that I will remember forever.
— Choi Woo Shik
Your browser does not support video.| MOSTCONTENTS/ YouTube
Hearing the kind words from Choi Woo Shik and how much he loved hearing V’s voice in the series showcases the true friendship they have.
Yet, these kind words aren’t the only evidence of how close the duo is. Throughout the years, they have treated fans to wholesome content…
Your browser does not support video.
Alongside some casual flirting on Instagram, after V finished his quarantine, Choi Woo Shik was one of the first people he met up with on a cute art date.
V (left) and Choi Woo Shik (right) | @thv/ Instagram
There is no denying that Choi Woo Shik and BTS’s V have one of the most iconic friendships in Korean entertainment. Hopefully, with V opening his new Instagram account with the members, netizens can witness more of their epic interactions.
You can read more about their iconic friendship below.
BTS’s V Celebrated The End Of His Quarantine… And It Was A “Date” With His Bestie Choi Woo Shik