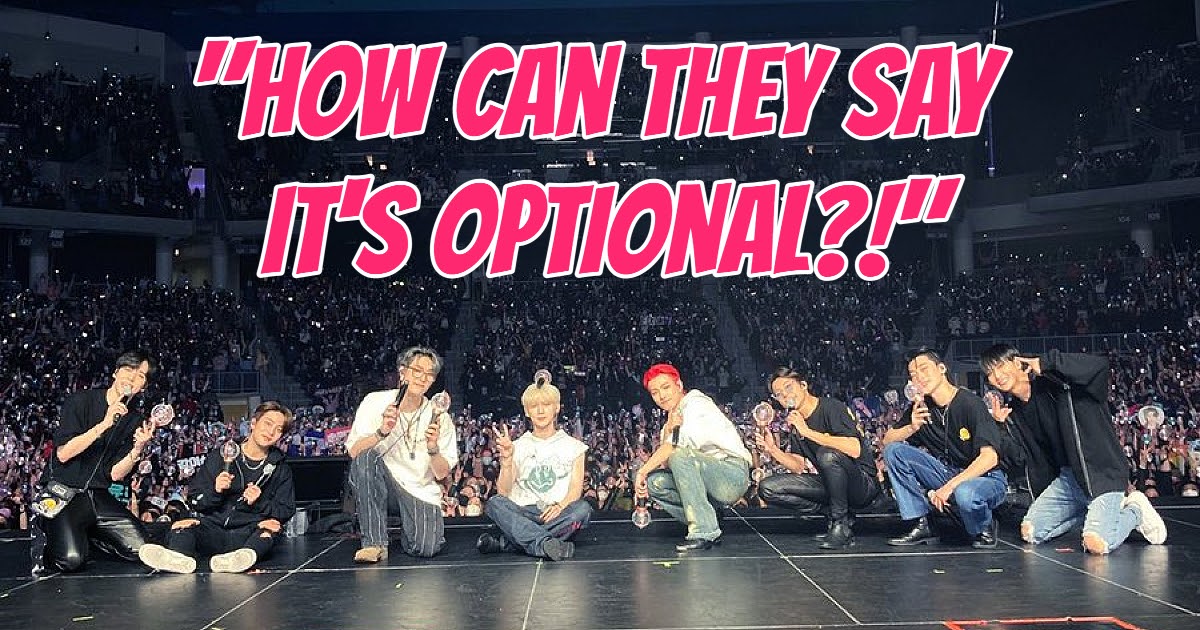 Due to the COVID-19 pandemic, everyone worldwide has had to be more cautious when doing activities that might have seemed normal in the past. In particular, the pandemic has particularly hit the K-Pop industry, with idols, agencies, and music shows having to adapt to changing circumstances.
Yet, after almost two years of lockdown, idols are starting to travel again, and one of those acts is ATEEZ, who are currently on the American leg of their world tour.
Members of ATEEZ | @ATEEZOfficial/ Twitter
Many ATINYs have been waiting for so long to see the members in person. However, there were many concerns about the current state of the world, especially the group’s safety.
In particular, MyMusicTaste (the firm organizing the concerts) has already postponed the European part of the tour due to increased COVID rates and new restrictions from the government.

ATEEZ has already completed several dates in America, but there have been raised concerns for their upcoming show in Texas after MyMusicTaste released guidance ahead of the show.
Whereas all of the other venues have safety regulations, such as mandatory face-mask coverings and proof of vaccination or negative test, Texas has no requirements. Instead, these are all “recommended” points for those attending the concert.
The Texas show guidelines | @_mymusictaste/ Twitter
As expected, ATINY couldn’t help but raise their concerns about the lack of restrictions that could impact the safety of the members and other fans in attendance.

While others explained that, despite the lack of restrictions, they hoped ATINY would do anything they could to ensure a fun and safe show for the members and others in attendance.

Compared to the other states, Texas doesn’t have as severe or strict restrictions when it comes to COVID. Although the daily rates are still extremely in the state, there are no requirements in place to ensure safety.
In particular, Texas has banned local governments from requiring people to wear masks, with some exceptions, and also prohibited any entity in Texas from requiring COVID-19 vaccines.

In particular, more concerns have been raised after someone attended the Atlanta show knowing that they were positive, which raised anger in fans.
Others have been more aware. It seemed inevitable that some fans would get the virus, considering the high rate of COVID in America. Some ATINYs have revealed that they tested positive after the show, but rather than hiding it have instead encouraged others who attended to test themselves.

That person that went to the concert despite having covid with no mask on… you’re a fucking asshole and I hope you realize that you being a selfish fuck might make people get the virus
— FAY (ATEEZ CONCERT ERA) (@theehongverse) January 19, 2022

It isn’t surprising that ATINYs are worried about the safety of the members. At the end of last year, the boy group VERIVERY had to cut their American tour short after member Yongseung contracted COVID during their time abroad.
Although there will come a time when countries start to reopen, many worry that it is too soon, especially considering the rise of the Omicron variant.