“Single’s Inferno” Fans Are Falling For Kim Jun Sik More Than Ever As He Flexes His Multilingual Skills : Entertainment Daily 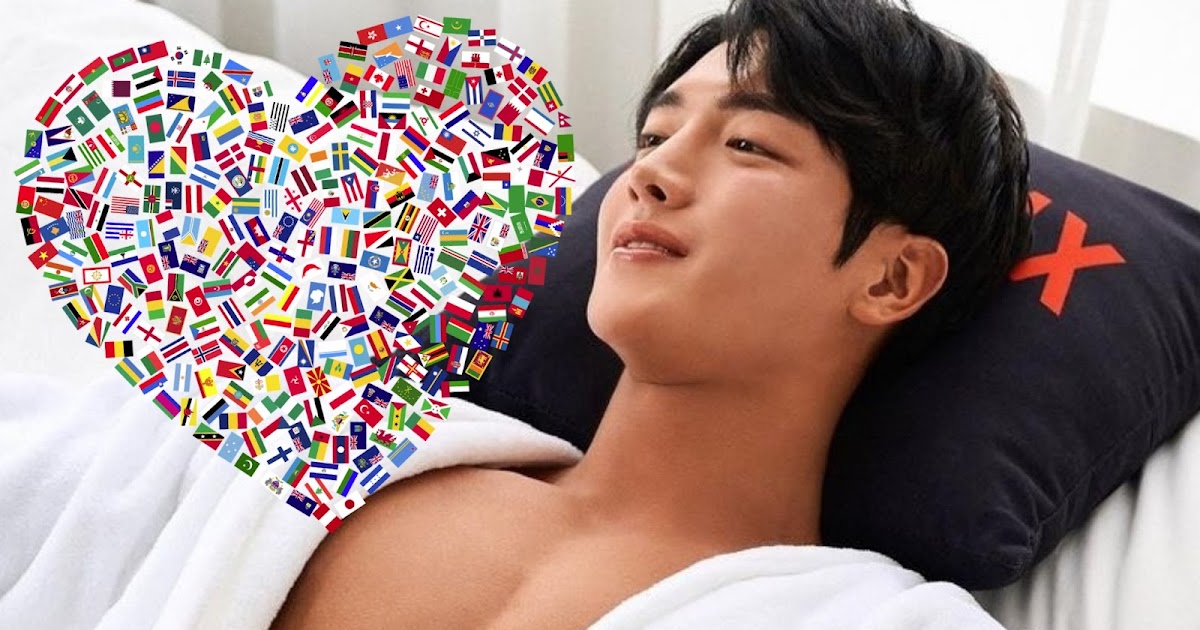 Despite his little to no screentime, Kim Jun Sik remained a fan-favorite on Netflix‘s Korean reality dating show Single’s Inferno.
| @L0VEBE0MS/Twitter
Not only was he exceptionally handsome…
Jun Sik on “Single’s Inferno.” | Netflix
…but he was incredibly sweet! And, these endearing moments surely didn’t go unnoticed by viewers.

Jun sik is so gentleman and yet he is so underrated 🥺 He is the fine man himself. My heart when i saw this scene 🦋🦋🦋 #SingleInferno pic.twitter.com/Bj9fvPP7WG
— soul🎐 (@tendearlay) January 8, 2022

Naturally, we’ve been keeping up with his activities since the show’s finale. And, he’s been keeping busy more than ever, from launching a startup to endorsing other brands.

Still, there are some things we don’t know about him. While the rest of the cast, including his friends An Yea Won and Cha Hyun Seung, have done Q&As, he hadn’t the time yet.
Cha Hyun Seung (left) and An Yea Won (right) during Q&A.
So, now he’s asking his Instagram followers to let him know any questions they might have for him. He recently posted videos to his Instagram, inviting viewers to ask him anything.
I’ve seen many many people watching the show and enjoying it, so I feel very, very lucky to be part of that huge program. Thank you so much! I already know that many participants have made a video about Single’s Inferno Q&A…
— Kim Jun Sik
Your browser does not support video.| @juncore_ /Instagram
After encouraging fans to comment on his post, he promised to get back to them, whether through another video, an Instagram Live, or possibly guesting on someone else’s YouTube channel.
So, I’m not sure if you guys have any questions about me or Single’s Inferno, but if you have any questions, please comment below. I’ll try to ask as many questions as possible.
— Kim Jun Sik
Your browser does not support video.| @juncore_ /Instagram
Not only are fans beyond excited to learn more about the man that stole all of our hearts but just from the videos alone, we learned something new about Jun Sik! He shared multiple videos, the first being entirely in English. The second was in Korean, and the final alternated from one to the next as he encouraged those who have yet to watch Single’s Inferno to watch it.

Of course, lots of netizens did as they were told and went straight to the comments to ask Jun Sik some questions, hoping to hear back in the near future.
Screenshot on January 25, 2022. | @juncore_ /Instagram
But many of us were too stunned and couldn’t get over the fact that he’s multilingual! His English was absolutely perfect.
Screenshot on January 25, 2022. | @juncore_ /Instagram
We’ve never heard Jun Sik speak English for such a long period as he did for these videos. However, this isn’t actually the first time he has flexed his language skills. A few weeks ago, he also shared an advertisement for Netflix in which he spoke in English!

We’re pretty sure there’s nothing he can’t do. He never ceases to amaze.