Here Are 7 Male Stars Who Absolutely Have To Enlist In Their Mandatory Military Service In 2022 : Entertainment Daily 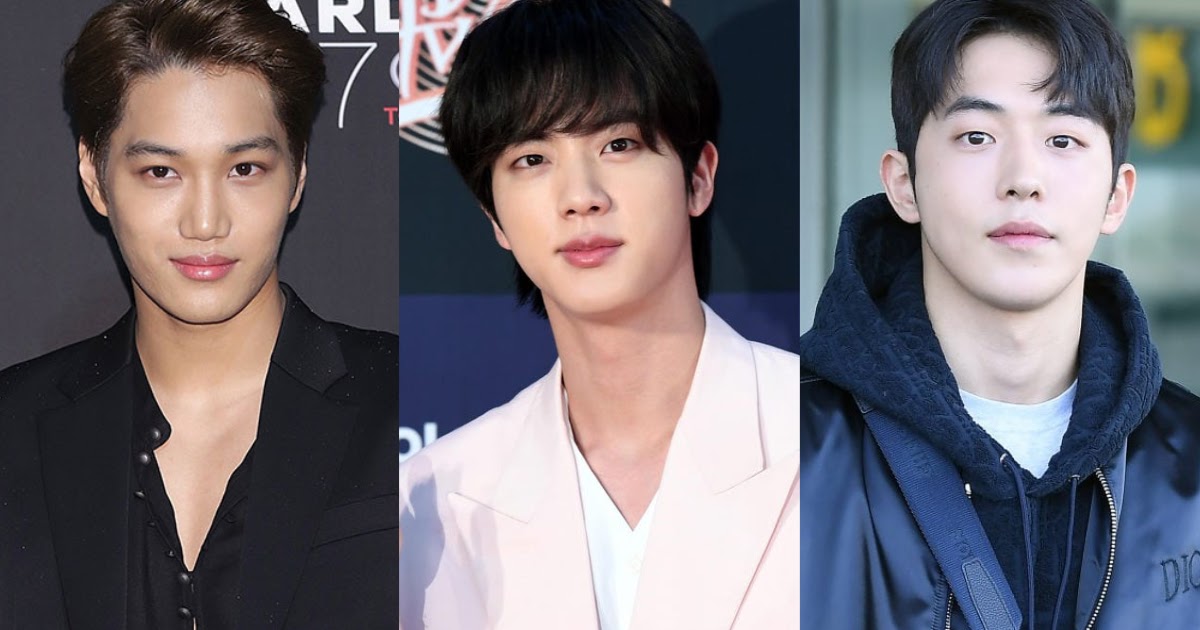 In South Korea, every male is required to serve in the mandatory military service for about 1.5 years, unless you have an exemption that has been cleared by the nation—and yes, that also includes our favorite male stars. All male Korean citizens have to enlist in the army by the time they reach 28-years-old (Korean age), so let’s take a look at the 7 male stars who absolutely have to enlist in 2022 due to their age limit.
1. Jin (BTS)
BTS member, Jin | Forbes
This one is going to be a hard one for all the ARMYs out in the world, but our favorite dad-joke reciting BTS member, Jin is looking at his upcoming enlistment. The BTS member was born in 1992, which makes him 29-years-old (international age) currently. While Jin is past his enlistment age, he—along with the rest of his members—was granted permission to defer their enlistment until the age of 30 due to BTS’s Hwagwan Order of Culture. This means that while Jin was able to postpone his enlistment last year, he will have to begin his military service before December 2022.
2. P.O. (Block B)
Block B member, P.O.
Next up on this list is Block B‘s P.O. The talented and hilarious rapper is just a few weeks shy of turning 29, with his birthday being February 2, 1993. While the Block B member received his notice for active duty last year, he “submitted documents for postponement of his enlistment” in October 2021. According to YTN, the application was accepted, but only up until the end of 2021. With it being the new year, this means that P.O. cannot postpone his enlistment date any longer and will most likely be serving his mandatory service soon.
3. Mino (WINNER)
WINNER member, Mino | Hankook Ilbo
WINNER‘s Mino is third on this list and similarly to P.O.’s situation, Mino will be enlisting in his mandatory military service soon as well. The WINNER member also applied to postpone his enlistment back in 2021. However, with Mino’s 29th birthday coming up in March 2022, this means that his postponement will no longer apply and he will be required to enlist sooner rather than later.
4. Ravi (VIXX)
VIXX member, Ravi.
Ravi from VIXX is another male idol born in 1993 that is soon to turn 29-years-old. Again, similarly to his fellow 93-er friends above, Ravi can not push back his enlistment date any longer because of his upcoming birthday. Since he has to enlist before he turns 29 on February 15 and because he doesn’t have any other exceptions, this means that VIXX fans will be hearing of Ravi’s enlistment news rather soon.
5. Actor Song Kang
Actor Song Kang | Hankook Ilbo
Actor Song Kang, who has been skyrocketing in popularity the past year is another male star who will be enlisting in their mandatory military service in 2022. There have been no news of any postponements, which means that the 27-year-old will most likely be enlisting before April of this year. However, as news began to circulate about Song Kang’s potential participation in Sweet Home‘s second season, his enlistment postponement news may be forthcoming.
6. Actor Nam Joo Hyuk
Actor Nam Joo Hyuk.
Start-Up actor Nam Joo Hyuk is another male star on this list that was born in 1994, and he is also looking at his upcoming enlistment date. He is about to turn 28-years-old (international age), which means his time to serve his military obligation is only around the corner. According to South Korea’s standard military service law, all males born in 1994 will be required to enlist for their service before December 2022, including Nam Joo Hyuk.
7. Kai (EXO)
EXO member, Kai | Star News
Last, but certainly not least is EXO‘s dance machine, Kai. The boy group member is another 1994-er who recently just turned 28-years-old. This means like the rest of his companions on this list, he will also be leaving to serve his military obligation sooner rather than later. Kai, however, has watched many of his EXO member hyungs leave and return from their military services, which means he most likely has some insider intel shared by his older members.
Share This Post