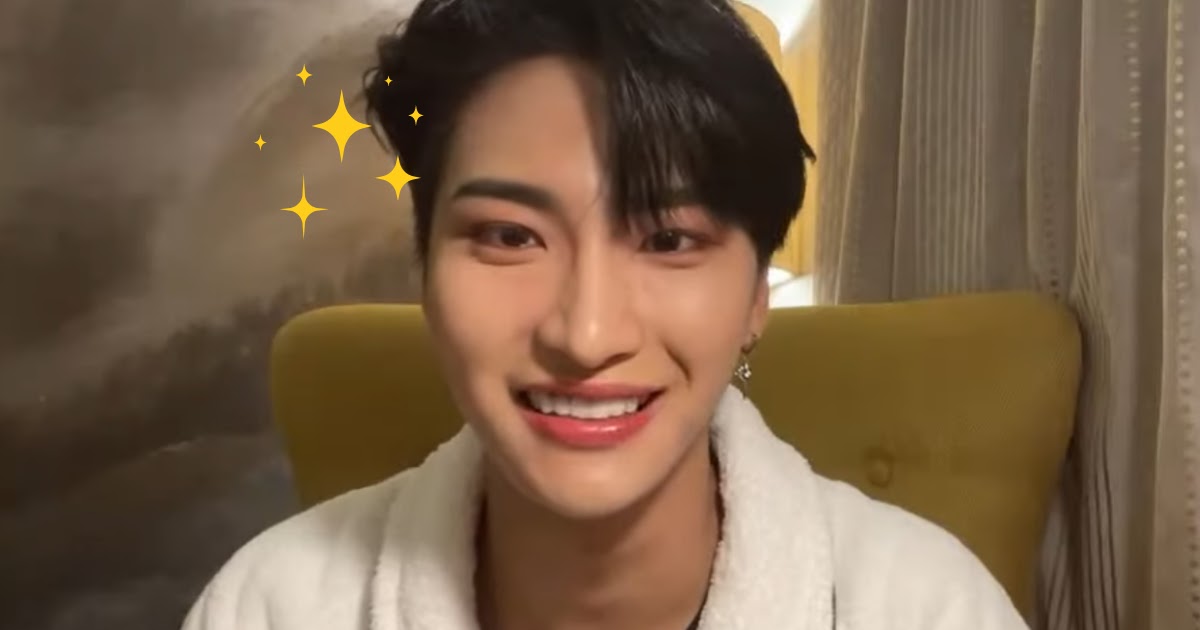 ATEEZ‘s Seonghwa held a live stream on January 25 following the group’s latest concert, and, unsurprisingly, it was too wholesome. Seonghwa discussed several topics, but he had fans’ hearts melting when he talked about Hongjoong crying during the concert… and when he mentioned the adorable ‘confidence-boosting project’ he started with other members.
| ATEEZ/Youtube
During the concert, there was an emotional moment when ATEEZ performed “Star 1117,” a song that was written specially for ATINYs. It was at this point that Hongjoong had broken into tears, explaining that he had had fears over the past two years that ATEEZ would never be able to perform in front of their fans again. During his live, Seonghwa said that Hongjoong is not normally one to cry, but it made sense that he had felt emotional in that moment.

seonghwa said today that hongjoong crying , it’s been a long time since he saw him cry , he said hongjoong usually doesn’t cry , but it was understandable (as today’s emotions) 🥺🥺pic.twitter.com/aKdghS81Yt
— jominn ^^ (@S2lomatzve) January 25, 2022

And he’s not wrong; after all, ATEEZ was able to perform “Star 1117” in front of almost 20,000 ATINYs! After two years of feeling uncertain, Hongjoong was bound to feel emotional at the experience of having so many fans there to support him. Seonghwa also felt like it was a very special moment for him.

seonghwa also said when they were singing star1117, atinys had their phone flashlights on and he said he felt like he really was in the universe 🥺🥺 where everyone there was like shining a star for them 🥺🥺
— kasey ♡ (@kasey_hhh) January 25, 2022

But his live afterwards also touched on another little tidbit that shows just how heartwarming the friendship between the ATEEZ members is, and that is their ‘confidence-boosting project.’ According to Seonghwa, he and Wooyoung have an agreement to say positive things to each other, such as compliments or encouraging words, to boost their confidence.

he said that he has watched o.s.o.s and said that wooyoungs heart is really pretty (for working hard and doing that) 🥺🥺 he said that lately he’s doing a project with wooyoung of saying good words to eachother, and that it comes out a bit cheesy,
— kasey ♡ (@kasey_hhh) January 25, 2022

He said that the project actually started first with San and Mingi, which is probably not all that surprising considering how bright and positive those two are!

but it’s to bring up their confidence! and said that his first person to do it with was san, and mingi!
for sleeping habits, he said since he used the room with yeosang, he noticed that yeosang falls asleep and wakes up really quietly
— kasey ♡ (@kasey_hhh) January 25, 2022

an example of what seonghwa says to wooyoung for their confidence building project
so for example if wooyoung had his bangs down today, then seonghwa while staring at him would go, “wooyoung ah,,, you have your hair down today~?@ATEEZofficial pic.twitter.com/iQs4Br838W
— kasey ♡ (@kasey_hhh) January 25, 2022

…and it’s safe to say we want to see more! ATEEZ never fail to make fans feel comforted, especially since they are always mindful of making an effort to spread positivity. Additionally, Seonghwa’s openness about his struggle to accept and love himself has been touching and inspiring, given how he grateful he is to ATINYs for helping him on that journey.

“you guys are amazing. because of you I learned how to love myself”– Seonghwapic.twitter.com/3twNLjzNv5
— seonghwa pics (@seonghwafiles) January 19, 2022

This latest live has been yet another much-needed serotonin boost, so thank you to Seonghwa! His efforts to be a positive person are one of the biggest reasons why ATINYs love him!