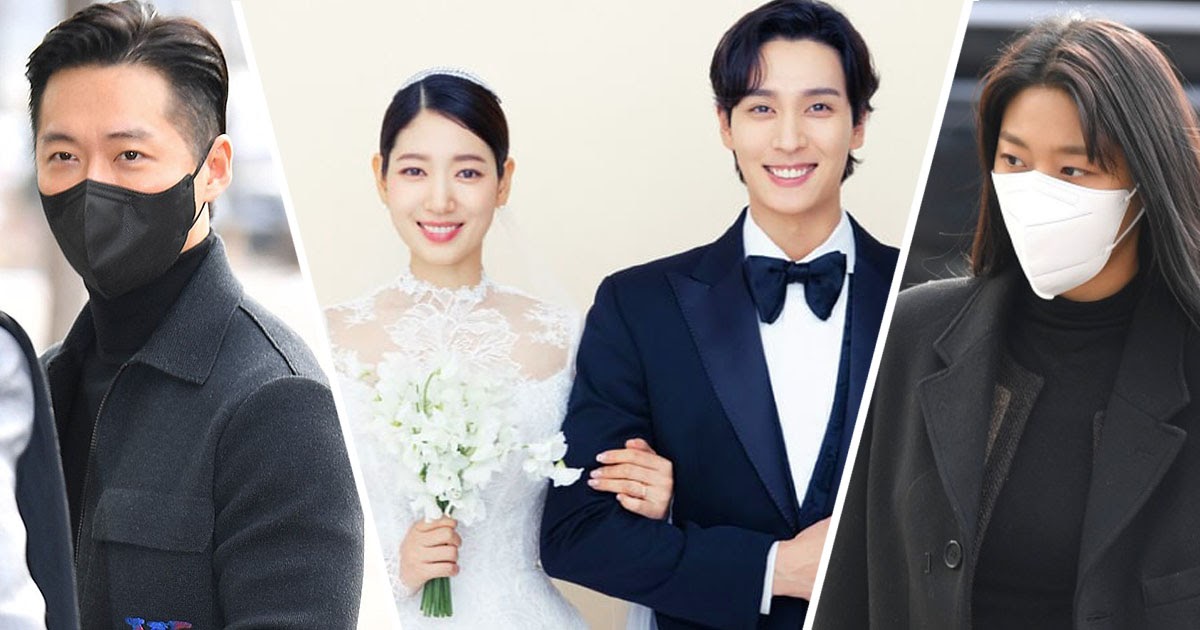 3. Ryu Joon Yeol
This handsome actor arrived in a chic gray suit and a matching black mask. Who says you can’t combine safety with style?

5. Lee Seo Jin
Dispatch snapped a pic of this seasoned actor, who starred in the reality shows Three Meals a Day and Grandpa Over Flowers.

6. ZICO (Block B)
Rapper ZICO was a guest, but also a guest speaker at the ceremony. He read a letter to the happy couple.

7. Siwon & Leeteuk (Super Junior)
Both Super Junior members attended the wedding and took this photo with the groom.
Left to right: Leeteuk, Choi Tae Joon, and Siwon | @kdramadaisy/Twitter
On Instagram, Leeteuk also shared a few photos and videos he took during the ceremony.

8. Seolhyun (AOA)
A mask couldn’t hide Seolhyun’s beauty! In addition to being an AOA member, Seolhyun has acted in My Country: The New Age, Memoir of a Murderer, and more.

10. D.O. (EXO) and Crush
These superstars sang “Beautiful,” a song from the OST for Goblin: The Lonely and Great God.
Your browser does not support video.| @kwrhome/Instagram
11. Oh Sang Jin
Actor Oh Sang Jin posted a photo from the couple’s display and wished them well.

Congratulations Shin HyeMay you be happy all your life
— Oh Sang Jin
12. IU, Seulong (2AM), Chansung (2PM), Lee Se Young, and Yoo Yeon Seok
These stars all reportedly attended the wedding but have not yet shared photos or videos from their friends’ big day.
| @actorctj/Instagram