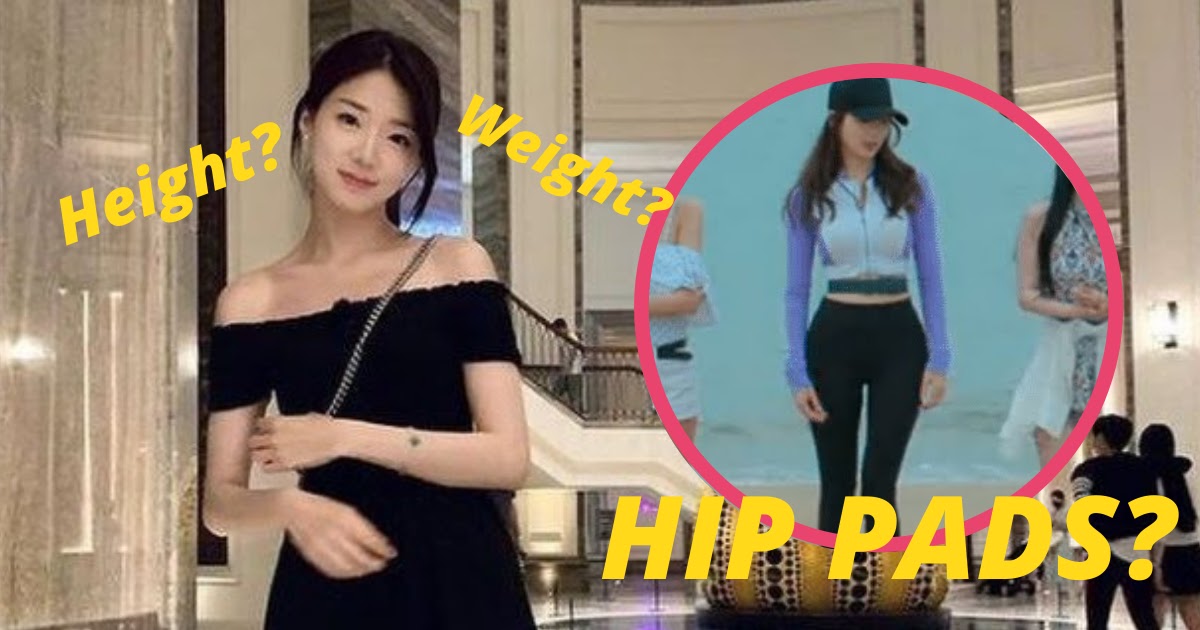 Contestant Shin Ji Yeon made headlines when she stepped out in a long-sleeved swimming costume during a beach game on Single’s Inferno. While she was always known for her girly outfits and conservative dresses…
| @jiiiyeonie___/Instagram
…she made a name as the new body hottie of the show.
| Netflix
Fans were stunned at her perfect hip line despite being all covered up. Comments such as “she’s the most covered up but her body is the best” and “wow who knew” popped up on various portal sites as she went viral.
However, some netizens were adamant and accused Shin Ji Yeon of using hip pads. This was especially so with international fans catching on to the prevalent use of shape boosting products such as hip pad underwear and butt padding leggings in Korea.
Such products allow the body to completely transform.
Left: Normal leggings. Right: Hip enhancing leggings. | Kindame
She finally addressed the matter during a Q&A on her YouTube channel.

She firmly denied the use of hip pads and claimed that she had always been on the thicker side in terms of having hips. She continued to unveil her height and weight.

At 5′ 54 (169cm) tall, she weighs only a mere 112 lbs (51kg). According to her, this is her current weight after having gained a few extra pounds. During the time of filming for Single’s Inferno, she exercised daily to look her best on screen. But now, she tries to go to the gym once a week to maintain her figure.
She must be blessed with great genes! Check out her very first YouTube video below.