Pink Sweat$ Wants To Collaborate With BTS In The Future, But One Member Caught His Attention The Most : Entertainment Daily 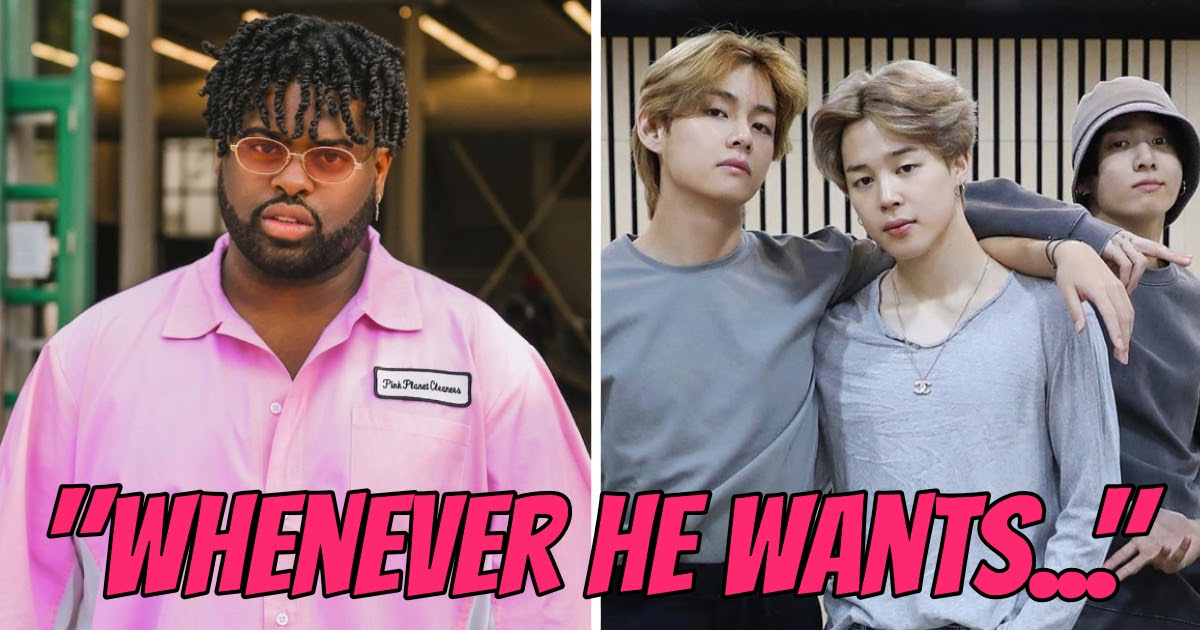 With BTS rightly taking over the world with their music, charisma, and personalities, it seems that pretty much everyone around the globe has at least heard of the group. Yet, with their growing popularity, it isn’t surprising that musicians worldwide want to collaborate with the group.
Members of BTS | @bts_bighit/ Twitter
One artist recently gained attention for his love of the group and desire to work with BTS is Pink Sweat$. The musician is no stranger to K-Pop and has recently collaborated with GOT7‘s BamBam on his latest album B, and it seems as if he wants to do the same with BTS.
Pink Sweat$ | @pinksweats/ Instagram
On January 23 (PST), Pink Sweat$ went on social media, and a tweet caught the attention of ARMYs worldwide. In the post, he shared his desire to collaborate with the group and even explained that he already has a track in mind if that were to ever happen.

Yet, ARMYs who scrolled further down his social media page also noticed that one particular member caught his attention after a fan shared an edit with him, and it was BTS’s Jimin!
In the tweet, an ARMY shared a clip of Jimin saying he wanted to collaborate with the singer and added more videos of him against one of Pink Sweat$ tracks.

When Pink Sweat$ saw the tweet, he seemed more than up for it, replying, “Whenever he wants.”

During the past few years, Jimin has been vocal about his love for the artist both explicitly and in his everyday life. Alongside the interview, Jimin has been seen listening to Pink Swear$ tracks, even during a video on their YouTube channel.
Your browser does not support video.| BANGTANTV/ YouTube
Yet, he isn’t the only member who’s shown love for Pink Sweat$, meaning it isn’t surprising that he wants to collaborate with the whole group. During a live broadcast, youngest member Jungkook sang a beautiful rendition of his track “At My Worst” and even recommended it on his playlist.
Your browser does not support video.| BTS/ VLIVE

Even member V showcased his love for the singer on a broadcast doing his own version of the track “17.”
Your browser does not support video.| BTS/ VLIVE
When Pink Sweat$ shared his desire to work with the group, ARMYs worldwide couldn’t get enough. Yet, more joked that if Pink Sweat$ wanted to work with BTS, he would have to use another way to contact them as, since creating their own Instagram accounts, they seem to have forgotten how to use Twitter.

Hopefully, Pink Sweat$ will find the best way to contact the group to make it happen because there is no denying the BTS have showcased their respect for the musician and would love to collaborate.