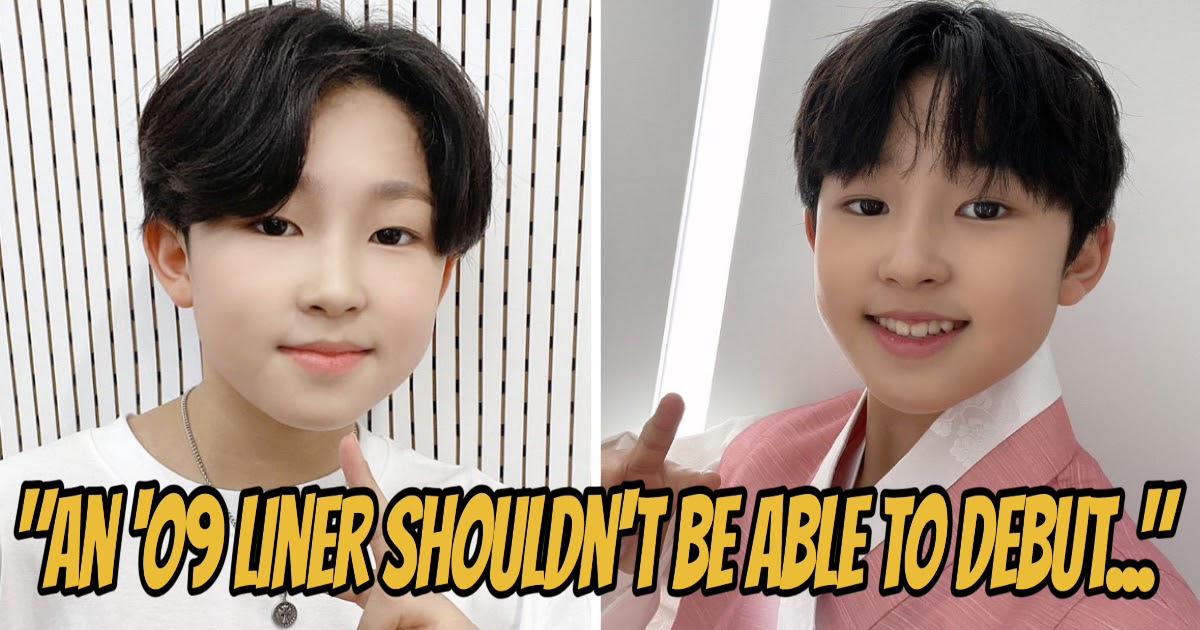 In 2021, P NATION and JYP Entertainment joined the boy group survival show LOUD. During the series, aspiring trainees would battle it out in groups to become part of a future debut group.
In the end, both agencies picked the members they wanted to train and work with, and PSY caught the attention for his diverse final seven that would be set to debut in the company’s first boy group.
Members of P NATION’s upcoming boy group | @PNATION_LOUD/Twitter
Yet, despite the excitement of the newest members of P NATION, one of the contestants gained mixed reactions from netizens, and it was Koki. In particular, many raised their concerns after it was revealed that he was only 12-years-old at the time.
P NATION’s Koki | SBS
Japanese contestant Tanaka Koki was born on January 29, 2009. Despite his age, he’s performed remarkably well on LOUD and eventually made it into the final lineup.
Your browser does not support video.| SBS/ YouTube
When it was announced, netizens raised their concerns about his age, adding to the ongoing problem in K-Pop around the idea of idols debuting and training at too young of an age. In particular, after a photo was posted of him at Chuseok…
One of Koki’s Chuseok selfie | @PNATION_LOUD/Twitter
Fans couldn’t help but point out that Koki is still a child!

If youre gonna debut children at least for gods sake keep them away from social media this is not a safe place for them especially if theyre an idol https://t.co/9sacEMeiLu
— TOLO IS HERE (@lines4winwin) September 22, 2021

yes hes very talented yes he worked very hard, no one is denying that but hes a literal child if you cant see whats the problem with please fix your mindset https://t.co/xPslrVmOPP
— eli ☽︎ (@DI0RCHENLE) September 22, 2021

Although it didn’t seem to be an issue at the time of the show, it seems as if P NATION has recently changed their mind as they announced that Koki would no longer be debuting in the upcoming boy group.
According to the statement, Koki has been training. Yet, after discussions, they decided he would continue with his training for longer rather than debut with the group.

Since his appearance on SBS program LOUD, KOKI joined P NATION and has been training in preparation for his debut with sincere and passionate attitude. After much deliberation, KOKI himself, his parents and P NATION have collectively agreed that it would be in KOKI’s best interests to pursue further training before making his official debut.
— P NATION
| @PNATION_LOUD/Twitter
When the statement was released, many fans were sad about the idea that Koki wouldn’t be able to debut with the other members he worked so hard with.

Yet, many believed it was the right decision, and it will give Koki time to improve his skills and try to have a normal life for someone of his age.

It isn’t the first time P NATION and PSY have raised concerns about whether they thought it was acceptable for Koki to debut. During the show’s finale, PSY explained that even at the end, they were unsure whether to pick Koki and if he could blend in with the group.
Your browser does not support video.
There is no denying that Koki is extremely talented, and one day, he will be at the perfect stage in his life to debut. Until then, netizens will continue to support him and wait for the time when he showcases his talent to the world.
You can read more about netizens’ concerns below.
Chuseok Selfies Of PNATION’s Youngest Trainee Make Netizens Question Whether The 12-Year-Old Is Appropriate To Debut