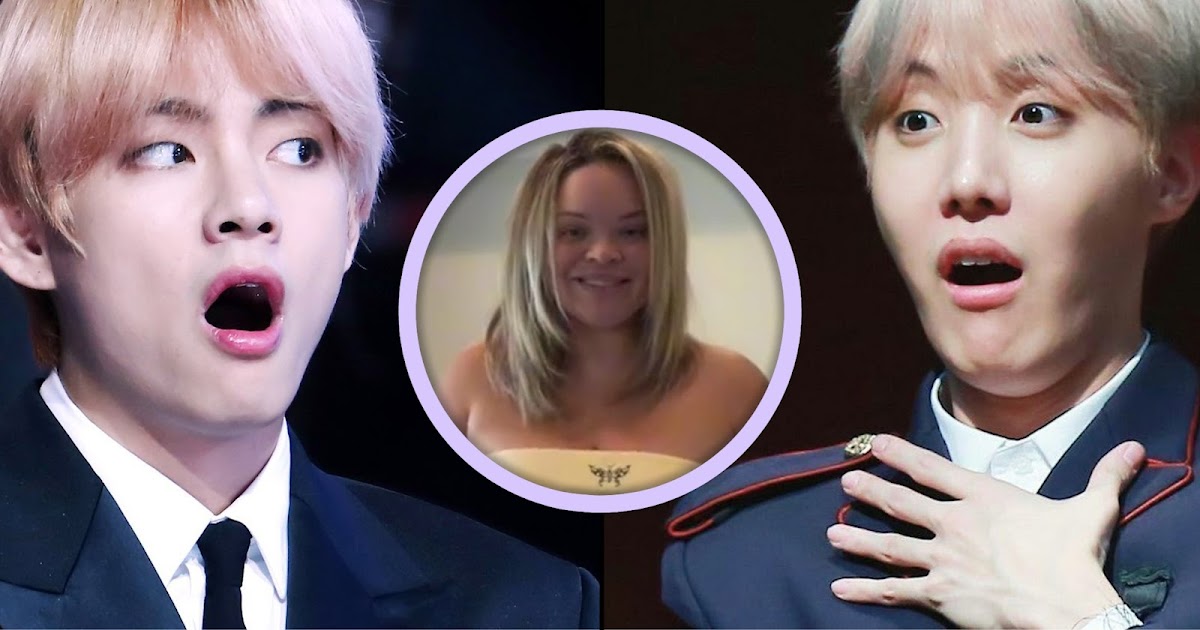 The latest member to join BTS‘s fandom? It’s none other than American content creator Trisha Paytas.
Trisha Paytas | blndsundoll4mj/YouTube
You may recognize Trisha Paytas from a variety of online content. First of all, she has the YouTube channel blndsundoll4mj. This is where many of us were introduced to them as they post various content from vlogs, mukbangs, and even music videos. As of January 2022, she has just shy of 5 million subscribers.

Trisha also famously was 1/2 of H3 Podcast‘s Frenemies with Ethan Klein. While this was a viewer-favorite, unfortunately, it had a tragic (and controversial) end… though unsurprisingly, both hosts are controversial in their own ways, even on their own.
Trisha Paytas (left) and Ethan Klein (right) | H3 Podcast
Trisha also has a TikTok (@trishlikefish88) with even more followers. As of today, they have 6.5 million. She’s gained quite the reputation for frequently changing her “persona” on social media. One day, you may see them looking goth, while the next, they look like a Barbie (the least controversial example, to be fair).

Now, she has made the announcement that she will be joining or, in her words, “invading” a few new fandoms. The content creator posted a video over the weekend, dancing to “Laxed” by Jawsh 685.
Your browser does not support video.
The first fandom they revealed to be joining is none other than the BTS ARMY…
Your browser does not support video.
That’s not all. Trisha very confusingly said she’d join Marvel‘s fandom too but very specifically “MARVEL ZOMBIES.”
Your browser does not support video.
Last but not least… She will also be joining the Doctor Who fandom, otherwise known as “Whovians.” Honestly, we’re more surprised they’ve not had the Whovian phase yet.
Your browser does not support video.
ARMYs didn’t just have mixed reactions to Trisha’s announcement. The overwhelming majority declined her “application.”
Screenshot on January 24, 2022. | @trishlikefish88/TikTok
Screenshot on January 24, 2022. | @trishlikefish88/TikTok
Likewise, the other fandoms, Marvel and Doctor Who, both rejected Trisha as well.
Screenshot on January 24, 2022. | @trishlikefish88/TikTok
Instead, many are suggesting alternatives. The most commonly suggested so far are the Furry fandom or Five Nights at Freddy’s.
Screenshot on January 24, 2022. | @trishlikefish88/TikTok
Still, the Marvel fandom invasion had already begun. Even before the “fandom announcement” video, Trisha shared videos in which they sported MCU (Marvel Cinematic Universe) merchandise. Additionally, she responded to hate comments by sharing that she actually was a contestant on Stan Lee‘s Who Wants to Be a Superhero? TV show for Sci Fi (SyFy) network.

Likewise, joining the ARMY wouldn’t be Trisha’s first entry into K-Pop. Back in 2012, during the height of PSY‘s “Gangnam Style,” she confessed that despite being a K-Pop fan, she just wasn’t into that song.

am I the only one who just doesn’t get the appeal of gangnam style? why is it so popular? I like both kpop and satire but I don’t get it :/
— Trisha Paytas (@trishapaytas) September 19, 2012

They recently went viral for “speaking Korean” when she attempted to count numbers in Korean but did so in a Hebrew accent on the Frenemies podcast. When co-host Klein expressed his confusion, Trisha retorted, “You’re not a real K-Pop stan then.”