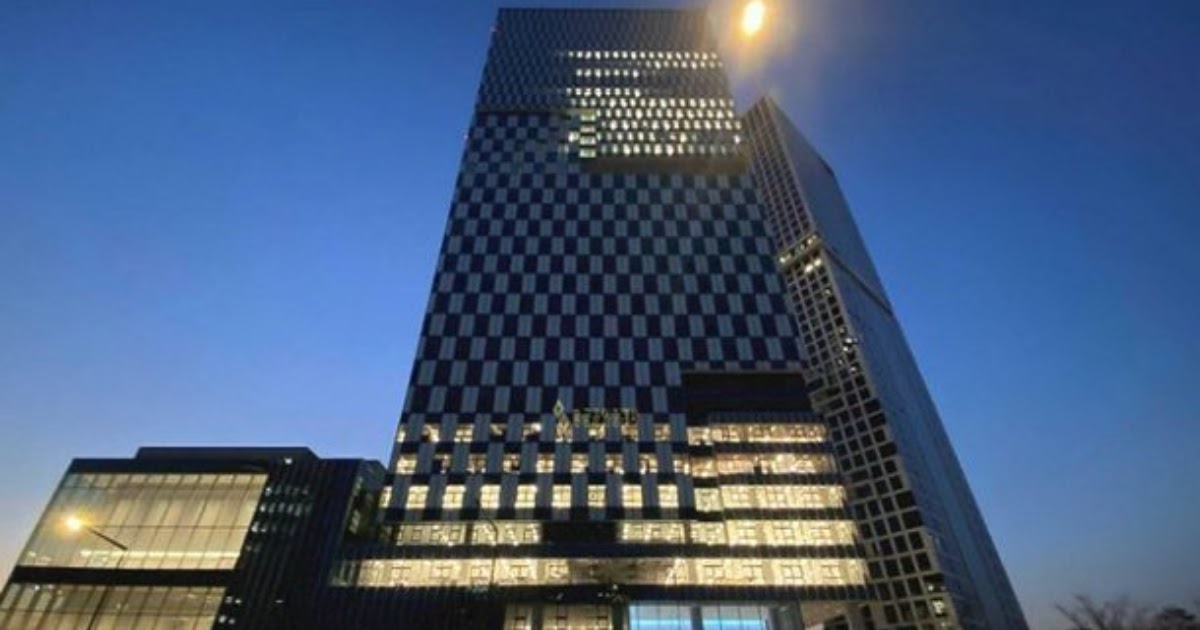 Tenants are expressing concern after the Acro Seoul Forest Building, where SM Entertainment HQ has recently moved into, began shaking. Although the other tenants in the building were ordered to work from home and go home early, SM has not issued any separate guidelines.
SM C&C, a subsidiary of SM Entertainment, which is located in this building, did not deliver and notice regarding the building shaking. Then on the evening of January 21 KST, an e-mail was delivered to all employees, stating that, “there is nothing wrong with the safety of the building, so please come into work like normal”.
Although SM Entertainment is currently implementing selective telecommuting, SM C&C is making it a principle for everyone to come into work. The notice released by SM was very different from the notices released by other companies that also worked in the building.
Socar announced to its employees on January 21 KST that they would actively work from home due to safety-related issues and Hyundai Glovis employees were also instructed to leave work early due to safety concerns. In particular, Socar informed the staff about the current situation in detail as well as their future response guidelines in relation to the shaking of the building.
It is reported that SM Entertainment-related employees were notified on SM Group’s reduction in the number of employees due to the spread of COVID-19, but there were no other notices.
An SM official who wished to remain anonymous stated, “The company was confident in the safety of the building in just a day and a half and requested employees to come into work like normal. The company did not show any concern for its employees”. They added, “Many employees felt vertical shaking rather than horizontal shaking and the company didn’t show any concern for its employees, whether they were at home or not. I couldn’t help but be disappointed with our company when I saw the way they treated the employees compared to the other companies in the same building”.
Regarding the shaking phenomenon, the construction company, DL ENC, is planning to install a measuring instrument for each major floor to monitor and perform a detailed analysis. The Ministry of Land, Infrastructure and Transport also started checking the building for safety hazards, and the results of the diagnosis will be disclosed separately at a later date.
Share This Post

Previous Post
Watch: IVE Takes 11th Win And Triple Crown For “ELEVEN” On “Inkigayo”; Performances By ENHYPEN, Yuju, fromis_9, And More : Entertainment Daily
Next Post
Artists came together to cheer you up during these hard times with “Better Together” ⋆ The latest kpop news and music : Entertainment Daily