NCT 127 Were All Stunned When They Won Their First Grand Prize — But They Each Handled It In Their Own Heartwarming Way : Entertainment Daily 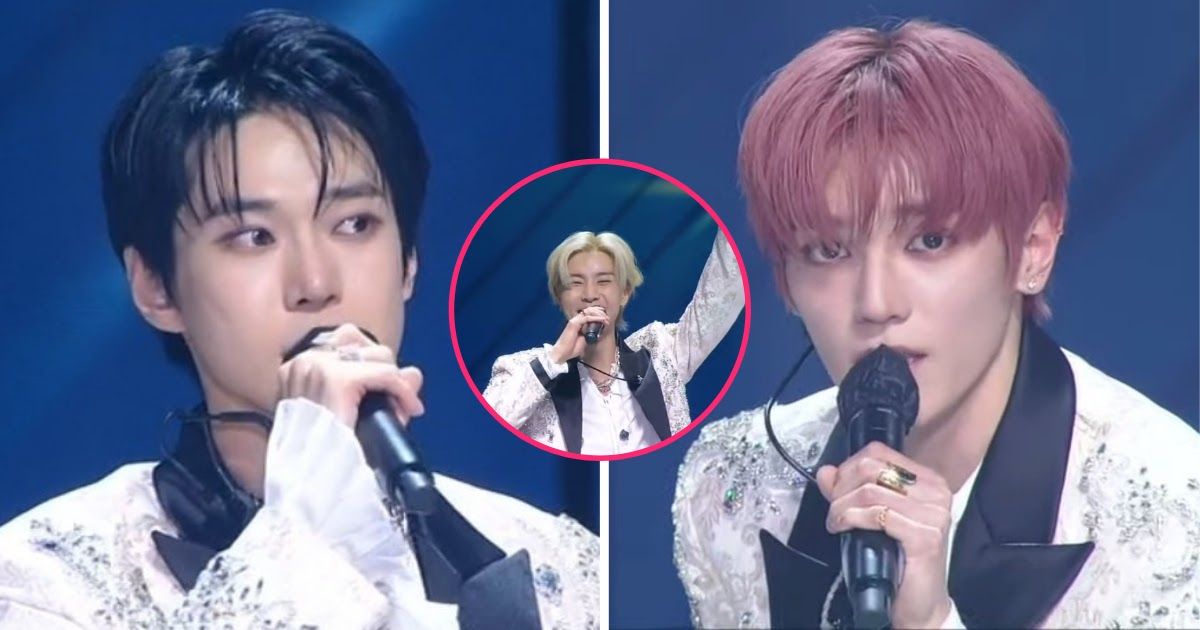 NCT 127 won the Grand Prize at the 2022 Seoul Music Awards, and it was an emotional moment for both the members and the fans. While NCTzens have been rooting for NCT 127 from the beginning, most of the members seemed to be a little surprised that they had won the biggest award of the night. They all, however, seemed to handle it in different ways.
| @NCTsmtown_127/Twitter
To begin with, they were all a little stunned.

thank you for working so hard, you deserve it and more. congratulations nct 127 and nct dream’s mark and haechan 🤍🖤 pic.twitter.com/fiah4f9qXh
— ㅁㄷㅈ 🏆 (@markhyuck_zone) January 23, 2022

…though perhaps not as much as Doyoung, who simply couldn’t believe it.

In fact, Doyoung got rather emotional, which could not be more endearing to fans since it shows the humble mindset the group came in with despite their notable success this year.

Doyoung even wrote a heartfelt note to NCTzens afterwards and posted it to his Instagram story, saying that he had been overwhelmed with emotion during the awards ceremony and so had been unable to properly express himself. He explained that his expectations of ever winning a grand prize had been reduced over time, which is why he had felt so overwhelmed when NCT 127 won. He stated that he is deeply thankful for NCTzens’ continued faith in the group, even when his own expectations had gone down.

[DOYOUNG INSTA STORY UPDATE;💌]
-220124
“We received a really big and meaningful award today
In fact, it was something I really didn’t know, so I think I couldn’t say everything I wanted to say because I was really surprised, so let’s write down a few letters pic.twitter.com/NeY98xwljP
— Z e n.◡̈ (@jaeedimples) January 23, 2022

Jungwoo also seemed emotional at the group’s win, but fans couldn’t help pointing out how much better he handled it this time compared to when he was younger.

All members were also unerringly polite…

look at him omg jeong jaehyun you deserve so much!!! pic.twitter.com/oeASEdREYD
— lost by jaehyun (@miluvyuno) January 23, 2022

…especially leader Taeyong, who did not forget the members of the other NCT units.

Taeyong : If it weren’t for all of our members that are very cool, charming, and talented, being in here would be impossible. So I’m proud of you all. My members! Please don’t get sick & stay healthy, and I hope you’ll always be happy. Czennies, thank you!pic.twitter.com/Wp6FqYhiJ3
— Dyva🌸 (@captainuwu) January 23, 2022

Though of course there were some hilariously (and adorably) awkward moments!

And then, of course, there was Johnny, who brought in the happy vibes with his signature good humor.

Fans could not be more proud of the group’s achievement, especially given how much work the members have always put in to be creative and original with their music.

I think the reason why this Daesang means so much is because they NEVER sacrificed their sound & creativity to get where they are at now.They took risks.Experimented with various sounds and genres…this is what perseverance and determination looks like. CONGRATULATIONS NCT 127!💚
— JohnJae Basura (@Dafferdoodlez) January 23, 2022

Congratulations to NCT 127 on their win! Their humility and their deference towards fans only proves how much they have earned this award. Fans will always be proud of them!