Jang Geun Suk Bids A “Farewell” To His Onscreen Lover From “You’re Beautiful” Park Shin Hye As She Gets Married : Entertainment Daily 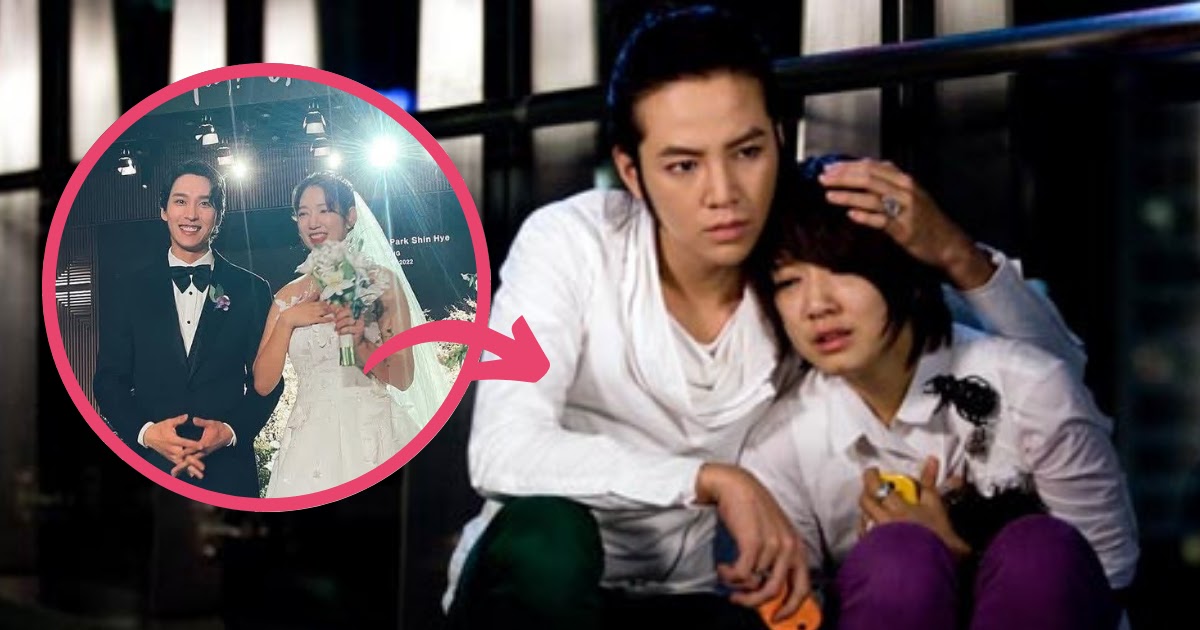 Actress Park Shin Hye recently got married to fellow actor Choi Tae Joon. The pair looked as happy as ever on their very special day. They walked the aisle on January 22, 2021 in a private wedding ceremony.

Her fellow costar from The Heirs, Lee Min Ho, bid her a very “Kim Tan-esque” farewell. He posted a photo of his outfit from the ceremony with the caption, “Do I congratulate you?”
| @actorleeminho/Instagram
This was actually a nod to his iconic line in the drama.

One of her other onscreen lovers, actor Jang Geun Suk, also made sure to bid “farewell” to his virtual boo. Park Shin Hye and Jang Geun Suk starred in the iconic K-Drama, You’re Beautiful, back in 2009. The pair won the hearts of fans globally, and many hoped for them to date in real life. Jang Geun Suk played the cocky rock star, Hwang Tae Kyung, while Park Shin Hye played a nun who cross-dresses as her twin brother, Go Mi Nam, to join the band.
You’re Beautiful | SBS
A fan asked Jang Geun Suk during an AMA for his thoughts on “Go Mi Nam” and her marriage.

Fan: “Do you have any feelings about Go Mi Nam getting married today by any chance?”
Jang Geun Suk: “Looks like she threw away Hwang Tae Kyung.”

What tickled fans was the way he said it! His character, Hwang Tae Kyung, had a very unique way of speech due to his chic and aloof set-up. Jang Geun Suk made sure to convey a similar notion with his answer.
Park Shin Hye sure has had her fair share of amazing costars! It’s great to see all of them congratulate her on her happiness.
Share This Post

Previous Post
Artists came together to cheer you up during these hard times with “Better Together” ⋆ The latest kpop news and music : Entertainment Daily
Next Post
Park Shin Hye Looks Like She Stepped Out Of A Historical K-Drama In A Hanbok For Her Wedding Photoshoot : Entertainment Daily