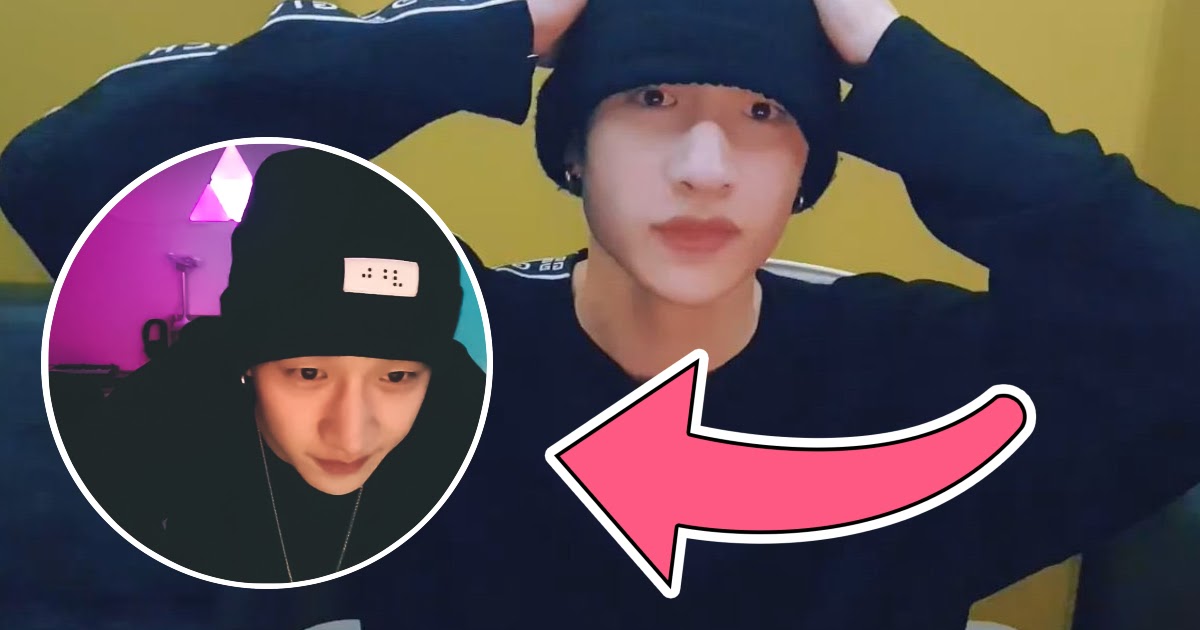 Many Stays weren’t expecting Stray Kids‘ Bang Chan to be able to film his 141st episode of his iconic series, “Chan’s Room,” this week as the Stray Kids members are in quarantine after returning from performing in Dubai.
And while his fans were entirely understanding that Bang Chan wouldn’t be able to go to the studio where he usually films from…

chans room or not today i’m still grateful regardless bc i have yet to see someone who goes live once a week for around the same amount of years and consistency that chan has
— 0325 LOVESTRAYKIDS ⚡️ (@backsdoor) January 22, 2022

Bang Chan managed to surprise Stay by not only greeting them excitedly on VLIVE but by making it an actual “Chan’s Room” by filming it in his bedroom.

Since the idol started this series of VLIVEs 141 episodes ago, Bang Chan has consistently given fans something to look forward to every weekend, which is no small feat for a busy idol.
And many Stay are incredibly grateful for “Chan’s Room” as they find the video series from the idol to be extremely comforting, like sitting down every week to talk to a friend as Bang Chan puts on music and chats with his fans.

we are so lucky to have chan’s room. we laugh, we smile, we find comfort. we smile when chan smiles, we find comfort in his virtual hugs, the one hour live is all about healing and a break from this chaotic world, indeed a safe place. stay or not, it’s open for everyone.
— ًmika (@L0VELYKNOW) December 6, 2020

It’s also important to mention how even non-stays started joining Chan’s Room. His latest Chan’s Room hit more than 2M viewers. People have mentioned how even though they don’t know him or stan him had felt comfort just by watching or listening to him. pic.twitter.com/tZuBawQbu2
— 📌 (@CATBOYCB97) December 12, 2020

But this particular episode is one that Stays will especially remember as Bang Chan took advantage of his new location to give them an in-depth room tour during his normal hour-long VLIVE.

Some fans were surprised by the idol’s choice in aesthetic since it wasn’t what they imagined his room would look like.

what I expected Chans room to What it actually look like looks like pic.twitter.com/pCtghAPt2a
— kas?! (@MINIBINNlE) January 22, 2022

While other fans paid attention to details that actually made perfect sense for Bang Chan to have included.
Like his all-black wardrobe.

And an adorable set of photos he took with his fellow member and close friend Felix.

felix and chan photos stuck on chan’s wall! chan said when he gets more pictures he’s going to put them next to this one! pic.twitter.com/2pYrUsE07L
— 댕댕냥 (@seungdduk) January 22, 2022

And, of course, the area where he can work on producing his next great hit.

this is where bang chan will produce the next big hit in KPOP pic.twitter.com/6xvuYbynOo
— cleo! 🥢 (@straynations) January 22, 2022

But mostly, fans were impressed with how beautiful and aesthetic his room was, admiring his choice in lighting and decor.

And while Bang Chan admitted that he’s used to sharing a room with his members, so having a room by himself can be a little lonely, he reassured fans that he can always visit his members’ rooms whenever he wants.

chan said he feels a little sad out of emptiness now that he has his own room because he’s so used to sharing rooms with others but he said he can always visit the other kids’ rooms anyway
— 멈뭄미 (@hwangseungs) January 22, 2022

But above all else, fans can be grateful not simply for the exciting change in scenery but the fact that the dedicated idol did not want to miss the time he enjoys spending with his fans despite quarantine.