Lee Min Ho Congratulates Park Shin Hye On Her Wedding, But With A Hilarious “The Heirs” Twist : Entertainment Daily 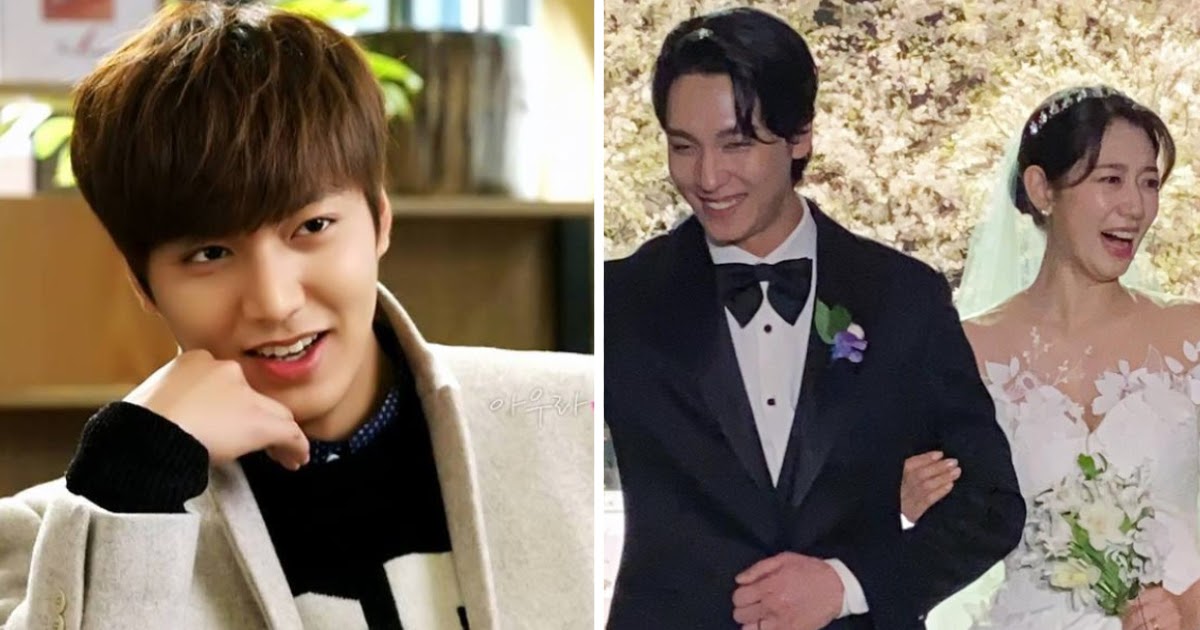 For anyone who is a fan of K-Dramas, one of the most iconic series that everyone knows about is The Heirs.
The Heirs poster | SBS
Released in 2013, the show stars actor Lee Min Ho as Kim Tan and Park Shin Hye as Cha Eun Sang. Despite being from a poor background, Cha Eun Sang’s life is turned upside down when she attends one of the most elite schools in Korea and becomes the focus of Kim Tan’s attention.
Park Shin Hye (left) and Lee Min Ho (right) | SBS
Yet, nearly ten years have passed, and a lot has changed. On January 22, Park Shin Hye stunned fans as she released photos of her wedding to fellow actor Choi Tae Joon. As expected, it was an event full of Korean celebrities, including actors and idols.
Park Shin Hye (left) and Choi Tae Hoon (right) | @salt_ent/ Instagram
| @salt_ent/ Instagram
One person who was always going to be on the guest list was Lee Min Ho, but it seems as if he didn’t actually attend. Instead, Kim Tan attended the wedding of his “ex” girlfriend, Cha Eun Sang.
If that seems confusing, it’s all because of Lee Min Ho’s Instagram. After the wedding, Lee Min Ho posted images from the event and had netizens worldwide LOL’ing after he posted a set of photos with the caption, “Do I congratulate you?”
| @actorleeminho/ Instagram

For any true The Heirs fans, they will know that it is a nod to a line from the original show when Kim Tan said to Cha Eun Sung, “Do I like you?” when they’re in a cinema together.
The iconic line Lee Min Ho referenced | SBS
If that wasn’t enough, Lee Min Ho also shared the wedding invitation that was sent to him by Park Shin Ye, and instead of his name, it was addressed to “Kim Tan,” which was hilarious considering she wrote her real name, not character name, in the invite.
“Kim Tan” was written on the invite | @actorleeminho/ Instagram
When the images were shared, it wasn’t surprising that netizens worldwide couldn’t get enough. Even after over ten years, The Heirs is still one of the most iconic shows in K-Drama history, and even if you haven’t watched it, you know about it.

Yet, it wasn’t the only The Heirs reference that made its way into the wedding. During the ceremony, Lee Hong Ki sang a beautiful rendition of The Heirs OST track “I’m Saying.”

No matter how long it’s been, it is refreshing to see how close the cast still are and that they can share more adorable moments with netizens, many of who still name The Heirs as one of their favorite K-Dramas.
With more The Heirs cast confirmed to be there, including Kim Woo Bin, there might be more adorable interactions shared in the future.

Previous Post
Park Shin Hye Shares Thanks For Congratulations On Marriage To Choi Tae Joon + Their Friends Share Photos Of Wedding : Entertainment Daily
Next Post
Here’s How ENHYPEN’s And TXT’s Relationship Changed After Their “Legend Of K-Pop” Collaboration, According to Jake : Entertainment Daily