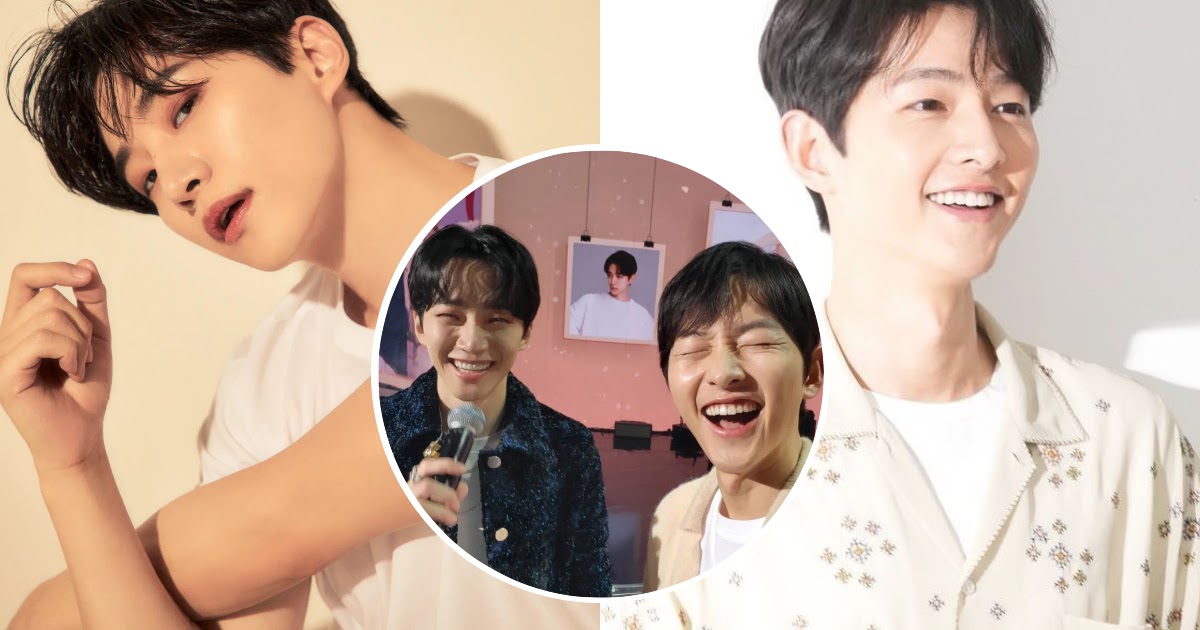 Oh my god, Song Joongki went to Junho’s fanmeeting today as a surprise so even Junho is surprised!!! 😭😭pic.twitter.com/WTI5cxdgiz
— wonpilates 🌿 (@wonpilatesx) January 22, 2022

They even joked that Joongki was secretly the 7th member of 2PM since he had also recently surprised Junho’s fellow member, Taecyeon, during his own solo fan meeting. The two had previously starred in the popular K-Drama Vincenzo together. And Joongki sent Taecyeon an encouraging voice message.

But since Junho’s fan meeting was in person, whereas Taecyeon’s was on VLIVE, Joongki could attend in person.
Which had lots of fans reminiscing about how Junho previously had gone to one of Joongki’s fan meetings as well.

And while Joongki stayed at the event for a while, talking with Junho about everything from Junho not answering Joongki’s calls.

Song Joongki :how many times are you gonna mention this?I think he’s said it 10timesJunho :bc im sorry,when I was young n hyung was serving he called me from time to time with collect phone n I didn’t answer bc I didn’t know the number,but it was hyung😭pic.twitter.com/8leRqiE4zO
— 새벽이✨ (@Sshana2) January 22, 2022

Perhaps one of their most significant interactions is when they decided to remedy a selfie they had taken when they met in Japan. A selfie that was so bad you couldn’t identify the two of them, so they had never been able to post it.

But almost as if to remedy the issue, Junho and Joongki borrowed a very lucky fan’s phone and took some absolutely adorable selfies together.

And unlike how terrible the alleged Japan photos are, these selfies were an absolute success.
Lee Junho (left) and Song Joongki (right) | @Sshana2/Twitter
Showing off their adorable friendship with their bright smiles.
| @Sshana2/Twitter
Perhaps one Twitter user said it best that “Song Joongki and Lee Junho are the cutest friends ever.”